Over the last few weeks, I have seen a lot of venom being spewed towards potential 2016 first overall pick Auston Matthews for deciding to go play in Switzerland rather than the WHL. To me it absolutely insane, that he is getting such negative backlash. Matthews wanted to make some money and play against the best competition neither of which he could achieve in the WHL. As a result, he made a wise decision to play in Zurich of the Swiss Elite League where he would learn how to play in pro leagues through the tutelage of former Canucks coach and Stanley Cup champion Marc Crawford as well as his professional teammates.

However, there is a much more general and bigger issue at play here than just Auston Matthews. A young kid finally decided to step up against the conglomerate that is the Canadian Hockey League and defiantly said he does not want his hard work to be taken advantage of by a bunch of crooks that are making money off the hard work of kids. At its current state, players get what is described as a "very modest monthly stipend" on the WHL web site. The exact modesty in dollars is undisclosed to the public as information regarding how much WHL players are paid was unavailable on both the WHLand CHL sites.

According to a WHL insider, stipends start off at $250 a month for the youngest players and work up to $600 for the oldest players within the league.

That may seem like a decent sum of money but consider this: an average junior team plays two or three games a weekend. A game day is about five hours of work if not more. Three hours for the game and two hours during the day prepping for it. Lets also take into account that according to the same insider, an average junior hockey team has between three and five practices a week lasting between forty five minutes to three hours. Lets also say an average player puts in roughly an hour a day lifting weights, doing non team activities to improve his game so he can be better. At its absolute minimal, a player is putting in seventeen hours of work a week or sixty-eight hours in a month which admittedly, seems quite low. However, even if were to use the lowest end and take a player who is making $600 a month, the player would be making less than minimum wage as the hourly wage would be $8.83. The same kid could work at McDonalds and get more monitorial value for his services. This also doesn't account for time spent on busses travelling city from city which can easily add an extra ten or twenty hours a week to WHL related commitments. Additionally, the number doesn't account for the community and charitable work, plus the emotional stress of players living relatively far away from hometowns and, in CHL import cases, oversees. Lastly, I am also not accounting for how deep the hockey commitment tends to be and how it can result in less time for other important things such as school work.

Now, some people will say I am failing to account for the fact that the WHL pays for the post secondary tuition of its players through its education program. I have heard the likes of WHL commissioner Ron Robison and Vancouver Giants owner Ron Toigo gloating about the program time and time again. Except, the program is much more of a PR stunt to say "hey look at how we help players" than actual substance. In theory, every year played in the WHL is supposed to give a player a full year of education for free. Except, the program is designed in a deliberately specific way to ensure WHL teams spend the least amount possible on education for its former players. There are three key restrictions associated with the program. Firstly, players have only 18 months after they played to access from the program. This goes without saying, but often times people don't enter university until they are in there mid twenties. Given the restrictions associated with the program. players are not afforded the opportunity to go to university when they want to. Rather, they have to go to university within the WHL's time frame. If you thought the first restriction was oddly specific, it only gets worse.

The second major restriction is that the university costs are based on the school closest to a players hometown. Let's say a player grew up in a prairie town and wants to go to UBC, the player will have to pay the additional money that its costs to attend UBC. Also, notice that the WHL only pays for education through a university. The parameters of the education program exclude technical and trades institutions such as BCIT. All three restrictions are quite puzzling on their face of it except as I alluded to earlier, it is quite clear they are done for a specific purpose and that is to restrict the amount of money the WHL pays to former players for education . For all the hoopla WHL owners and commissioner seem to give to their education program, it really isn't worth the time it gets.

Over the last few years there has been significant talk about creating a union for all Canadian Hockey League players. Former NHL tough guy Georges Laraque helped in an attempt to create one in 2012, but it failed miserably.

In my opinion, a union is needed and smart people who deal with labour issues need to get behind the idea. It is absolutely time for CHL players as a whole to start getting paid significantly more than they are. At its core, the CHL is making money by selling to kids a dream of making the NHL which only a very select few players will attain. Most players will have virtually nothing tangible to show for the hard work they put into the league while their coaches, general managers and owners will be able to make money off their hard work. For all the talk there has been in the United States to pay college athletes, it absolutely shocks me that the discussion has not hit the mainstream in Canada for the CHL. It is also important to keep in mind US colleges pay for players education while virtually nothing. 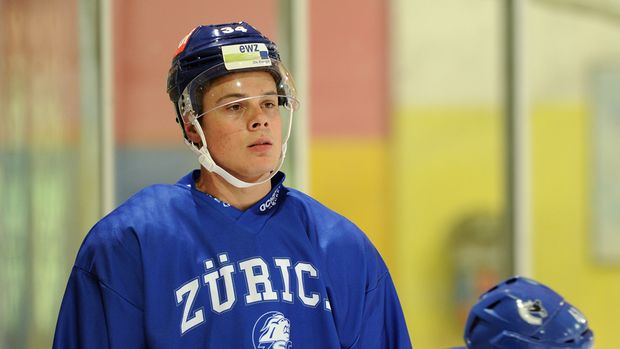 If you to say no to the BS and stray away from the CHL path, you will get ridiculed like Auston Matthews has ever since he threw out the notion of playing in Switzerland, where, by the way, he'll make $400,000 playing under Crawford and alongside former NHLers Dan Fritsche, Ryan Shannon and Marc-Andre Bergeron.