I saw some NFL games yesterday and blood squired out of my ears. Can we have our hockey now?

Share All sharing options for: Morning Buzz: Come Back Hockey, You're Missed

Some news and notes to start off your week: 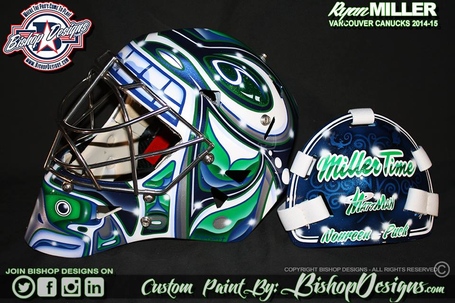 A big tip of the hat to In Goal Magazine for posting the pics and to J.S. King for giving us the heads up in the comments section. You can see more angles of the mask at IGM. Check it out.

Oh What The Hell