We've desperately been seeking some actual good news of late, and this one sure makes me think there's a bright future ahead. 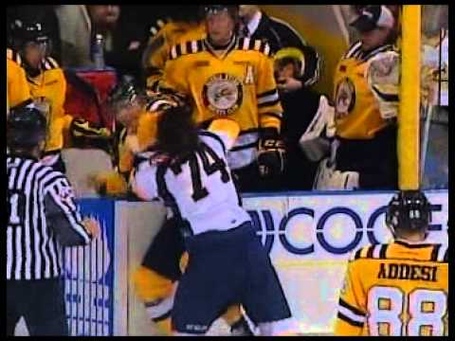 Via Tyson Giuriato (who is a great follow on twitter for Canucks prospect updates btw) comes news that the OHL's overage player of the year (which is a thing, apparently) is none other than the Erie Otters' Dane Fox.

Fox's 107 points was second best in the OHL and included 64 goals, the most scored in the league since John Tavares notched 72 in 2007.