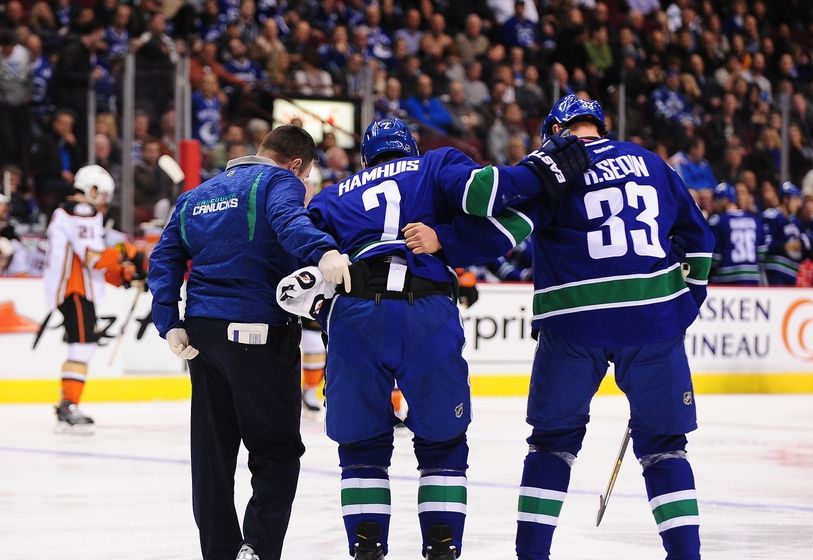 The next two years may actually be the beginnings of the next phase of the Canucks team as 6 out of the 7 defensemen on the NHL roster are RFA’s or UFA’s and all of the defensemen in the farm system are up for new contracts, except Cederholm and McEneny.

The Canucks have never had a true #1 defenseman. And there are not that many mixed around the other teams either. (Doughty, Keith, Karlsson, Weber, Subban) The lot we have now are a mixture of 2nd and 3rd line guys who can do a great job playing with different partners, but none really drive the play or are stay at home guys.

The leader in points for defensemen so far is Giordano with 30 points (Edler has 9 to lead Nucks). We have no quarterback for the PP, but to be fair, the Sedins have always been the duo who drives the play during the PP.

So if I am GMJB, in what direction do I push this team when it comes to the back end? I think resigning Tanev to a multi-year deal is a no-brainer. But do you try and get the stay at home guy and trade a young guy like Sbisa in a package deal? Are we stuck with guys like Stanton and Weber because they provide cap space? Can we run younger/cheaper forward lines, get a stronger back end and compete or do we need goals? Should we resign Bieksa/Hamhuis after next year is they make the same amount?

So many fucking questions. In the end it may be solved if we lose another top 4 d-man while Hamhuis’s groin recovers. (BTW, I called that injury when it happen..you owe me a beer…someone)

Hey let’s hope this Pedan kid is the next coming of Shea Weber.

What direction should GMJB go with the defense?