Brad Richardson signs a 2-year deal with the Vancouver Canucks.

Here's another signing for everyone to digest: the Canucks have recruited centre Brad Richardson.

Once again, MG is getting some lower-money deals to fit our cap situation.

Upon first reading this news, I thought that this was the same guy Rypien beat up in the first round of the 2010 playoffs, but I stand corrected. Still, Brad has been with the Kings for a few years now, including the year they won the Cup.

"I felt most comfortable with #Vancouver. They made me feel like they really wanted me." - Richardson 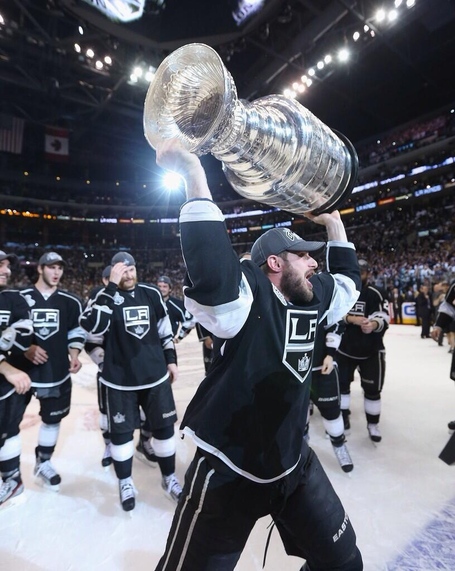 Mike Gillis on the Richardson signing and the madness that was Free Agency Day 1:

How about we see lots of this: