Defencemen Anton Cederholm, Mike Williamson and Miles Liberati were chosen 145th, 175th and 205th respectively by the Canucks in the 2013 NHL Entry Draft on Sunday.

Share All sharing options for: A Quick Look At The Final 3 Canucks Picks In The 2013 Entry Draft

Don't let those scare you. Canucks European scout Thomas Gradin has been watching this kid for a while now. Gradin is good at it.

A big, fearless stay-at-home defenseman. Limited in terms of offensive upside and puck skills, but usually plays a simple and smart game. Not the fastest of skater, but decent mobility. Has the tools to become a reliable depth defenseman logging big minutes on the penalty kill. 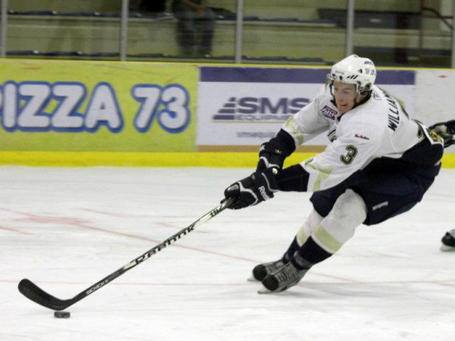 Not a lot out there, so I will go with what Pass It To Bulis said about him:

With the 175th pick, the Canucks select defenceman Mike Williamson out of the Alberta Junior Hockey League. He’s 6’3″ and headed to Penn State University, which fits Mike Gillis’s strategy of going with players enroute to the NCAA with late round picks.

"Mike brings the full package, he is a big strong defenseman that is extremely mobile and possesses a heavy shot," Says Penn State Head Coach/General Manager Jason McKee. "He has been a positive influence on our dressing room for the past two seasons and I am confident that he will carry these traits forward to the next level.

I would love to be a scout for the Canucks. I would like to have seen this kid play and see the potential that they see in him, because from an outsider's perspective, this looks like a lousy gamble. 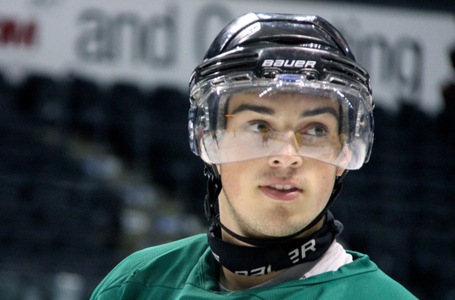 Unreal feeling. Such an honor to be selected by the @VanCanucks!! An awesome organization to be a part of! #NHLDraft #speechless

And then all of Springdale became Canucks fans. Congrats @miles_liberati ! :) #LTD #inspirational

A smooth skater with offensive instincts. Must improve his physical game and play without the puck. (Tyler Parchem, EP 2013)

I like how Mike Gillis focused on the Canucks' glaring lack of depth with forwards first in this draft and went with defencemen at the end.

Welcome to the bigs, boys!