Playoff Brunch - Leave It On The Ice

As far as regular seasons go, that one was fairly forgettable compared to some of the campaigns the Vancouver Canucks have had of late. A lockout shortened season, ridiculous injuries, and the kind of sideshow drama that would make other teams crumble. They got through it alive, and are (for the most part) healthy and ready for battle. The playoffs are here. Let me hear you scream!!!

Share All sharing options for: Playoff Brunch - Leave It On The Ice 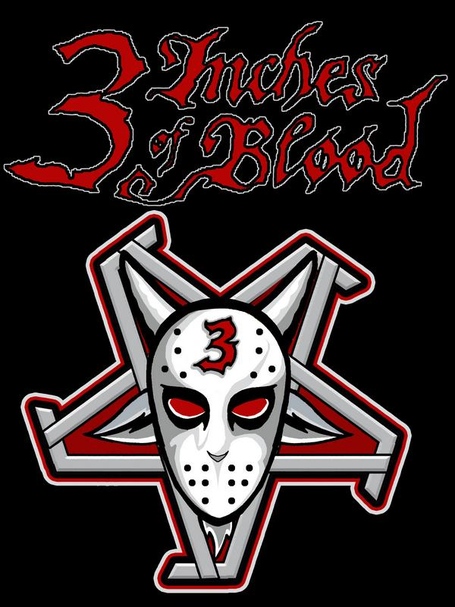 There's not been this kind of doubt and disarray with this team in years. From favorites to afterthoughts, thanks to inconsistent play, a constantly rotating lineup and that (mostly) manufactured goaltending controversy, the Canucks are heading into battle with a very familiar foe. The San Jose Sharks and the Canucks last met in 2011, and the Canucks were able to dispatch the Bastards from the Bay in 5 games on their way to the Stanley Cup Finals. Much is made of how similar the two teams are: lots of regular season success, no Cup, blah blah blah. When I look at that, I see coincidence and nothing more. The window on this Sharks team is closing at a much faster rate than the Canucks, and while everyone wants to talk about the motivation factor from 2011 for San Jose, every day since that series against LA last year could be one the Canucks use to keep them focused.

Some say this series is a coin flip, and there's a lot of wisdom behind this. The Sharks have some potent offensive weapons, strong goaltending and suspect defence. Sounds like the Canucks, right? The difference is in while the Sharks have some older and slower defensive pieces, the Canucks D, when on it's game can be absolutely smothering. A healthy Kevin Bieksa, and a focused, determined Alex Edler, as well as the shutdown pair of Dan Hamhuis and Jason Garrison can be a pretty intimidating top 4, and throw in Andrew Alberts with rookie Frank Corrado as the 5-6 pairing (they've been pretty decent together) and it's enough to make me hopeful. In that last series against the Sharks, Kevin Bieksa was an absolute force. 4 goals including the game winner, and a fight that really took the wind out of the Sharks as Patrick Marleau tried to inspire his troops, and got his ass beat down hard for it. Kind of pathetic when you look at their lineup back then that it took someone like Marleau to have to try and do that, as opposed to the cheap shots and dirty after the play stuff the Sharks are well known for. Thankfully two of the worst offenders in that department have been shipped out in Ben Eager and Ryan 'Giante Douchebage' Clowe', but they're still a crew of reprehensible jerks. And let's not forget they have Raffi Torres now. Keep your heads up, boys.

If you've followed my posts this year, you know how I have struggled with my faith in this team. They've been as hard to decipher as hieroglyphics. One night, they look very much like the team that has dominated the league the last two seasons, others, they look like they totally belong with the rest of the losers in the Northwest Division (What? Oh shutup, you know they're all bloody awful!). Every time they give us a game like the one where they beat the Chicago Blackhawks a couple weeks ago, we also get one like Saturday night's spew-worthy offering against the Oilers. Consistency is going to have to be the rule of law if they want to succeed here, folks. Despite not beating the Sharks this year, two were one goal games and one was a shootout loss. Don't read too much into that. The Canucks are healthy, have a fired up Ryan Kesler back and are looking to make amends for an early exit last year against the Kings. It would be so like the Canucks to actually pull this off now that no one considers them a threat.

Pretty decent night of hockey to open the playoffs as we were treated to 2 overtime matchups out of the 3 opening night games. Gotta (almost) feel bad for Minnesota as they battled hard against Chicago, falling 2-1 in overtime. It was pretty bizarre to see them lose starting goalie Nik Backstrom in the warmup, but Josh Harding was stellar in the backup role. The Wild did a good job of trying to keep that offensive juggernaut that is the Hawks to the outside, but it's pretty clear they are hopelessly overmatched here. The victory for them lies in that it lays out a blueprint for others to follow in the later rounds. Chicago's a hell of a team, but not invincible. Meanwhile, in the battle for playoff scum supremacy, Jonathan Quick erased all memories of what was a pretty solid game with a laugh riot of a giveaway on the winning goal to Alex Steen of the Blues. Why Quick held the puck so long is mind boggling. St Louis looked to be in trouble with a 4 minute penalty to kill off, instead they lead the series 1-0. In Anaheim, Teemu Selanne got the game winner as the Ducks dispatched the Detroit Red Wings 3-1. Since I haven't offered up my predictions yet, here they are (and please note, if I get one of these right, it will be a shock to me)

As you might have gathered from the top of the post, my choice for this year's musical inspiration of the playoffs is Vancouver's own 3 Inches Of Blood. Canucks fans, and purveyors of some amazing metal, they are a no-brainer for getting me pumped up for tonight's game. Check out this love song to heavy metal called 'Leave It On The Ice' and as a bonus, the song I think should be the Canucks entrance music, 'Through The Horned Gate '. Enjoy the game, everyone!