Blackhawks At Canucks Preview: It's Time To Rise

Share All sharing options for: Blackhawks At Canucks Preview: It's Time To Rise

There is going to be a lot of hype over this game and rightfully so. The rivalry and hate remains. And now it's two top 3 teams in the West going head to head. And now, with the Ducks winning and the Wild losing tonight, the Canucks will finish no higher or lower than 3rd spot in the West. The Hawks will easily take first. So really, the only reason for any sort of desperation from either team in this tilt will be based mostly on.... rivalry and hate.

Chicago is having lots of fun kicking ass on most nights. The Canucks on the other hand, look inconsistent and almost disinterested at times. The defence is going to have to tighten up. The errors of Alex Edler especially are going to sink this team in the playoffs if he does not smarten up. It's not always just Edler, I know, but Jesus, what the hell happened to this guy? Clean up your game, damn it!

I hope that playing Chicago, on home ice, is enough to motivate this Canucks team. To me, there really isn't much else that I care about in this one. Play a full 60 minutes. Shore up the D. Get your shit together before the playoffs.

If they don't, expect Chicago to bury their chances by picking corners on poor Schneider.

All this bitching by me, yet we sit 3rd in the West, ready to clinch the Division again. I just hate lousy trends. The defence is not where I would like it to be. Yes, a big part of that is because of Bieksa's absence, but even with Juice in the lineup the D gave up too many quality chances.

If we meet the Cawks in the playoffs, it will be in the Semi-Finals. But that ain't happening because Chicago is going out in the first round. 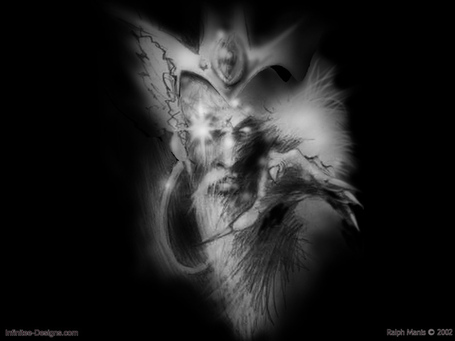 Soundergarden and FormerHab were the only 2 peeps to collect points last game, both predicting a 2-1 Canucks win. Well done! That puts FormerHab in the lead!

Ahahahaha. Never gets old. Ever.

The title of this game preview post has been brought to you by Pantera: