There's no denying that, especially for those of us who write about this glorious game, Twitter has fundamentally changed the way we look at hockey. News is doled out instantly from the source, and what used to be fed to us through media outlets now comes directly to us from the teams, players and media members in the trenches. It also gives fans a chance to interact with journalists and even players, which just a few years ago seemed unthinkable. Like every technological advance however, it has it's drawbacks. Giving easily disgruntled and woefully uninformed fans a megaphone is one of those. 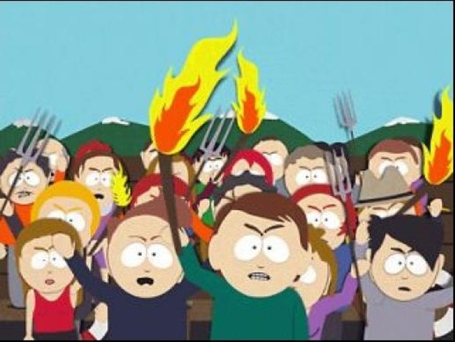 As you well know, my name is not Andy Sutton. I make no claims of being an expert. I have a passion for the game of hockey, with enough knowledge to keep from being laughed of the blog, and like to think I can put together articles that are entertaining and informative. I know what my strengths are, and aren't when it comes to covering the Canucks. You're not going to see a post that goes into great detail about PDO and all of those wonderful fancy stats. We have guys who cover that and do it well. I'm more of a meat and potatoes, regular joe kind of hockey blogger, I suppose.

Given Eager's history, this seemed like a no-brainer. Apparently not. One twitter follower suggested that Eager was "exactly the passion the Canucks need". Once it was verified this person was indeed, not joking he went on to trot out that tired and certainly not even applicable (this season) narrative that the Canucks are pushovers, throwing in Lapierre's name. So Max Lapierre, who to all with a rudimentary understanding of the game is not having the greatest of seasons, is so bad, that the Canucks should dump him and pick up the mouth-breathing Oilers castoff. Here's the problem with that. The Canucks issues, and yes there are many, do not currently include a lack of toughness. They are woefully thin at the center ice position thanks to Ryan Kesler's injury and a need for a quality 3rd line center that existed heading into the season. The power play is embarrassingly bad. They've suffered some uncharacteristic defensive breakdowns, and injuries of late on the back end. And the guy who was supposed to be the #1 goaltender heading into this season hasn't been as lights out as was expected. That seems to be something most Canucks fans can agree on, right? So, how exactly is Ben Eager going to help with these problems? Let's look at what Lappy does, as opposed to Eager.

Lapierre is currently alternating between 3rd and 4th line duties. He takes faceoffs, and is one of a small handful of Canucks over the 50% mark in the dot. Eager? Doesn't take faceoffs. Lapierre is also a penalty killer, and while the Canucks PK hasn't been the greatest this season, it's not the worst, either. Lapierre has a set role, and while he's struggled at times, he's hardly been the worst player the Canucks have in the lineup. So, let's overlook the fact that this person wants to replace someone in a position we're already shorthanded in, with a left winger. What does Ben Eager bring to the table that Tom Sestito and Dale Weise don't? The argument that Eager has a Stanley Cup ring is laughable. When was Ben Eager EVER a difference maker? The losses to Chicago in 2009 and 2010 were not because the Canucks couldn't handle Ben Eager. And even if you believe that the Canucks need to add more toughness to their lineup (which I do not), the beating he took at the hands of Zack Kassian earlier this season shows that at the one thing Eager is supposed to excel at, he is once again a woefully inadequate replacement for what we already have. And let us not forget that incident from last year where Eager and his brother were arrested after an incident at a Toronto bar. This is not the kind of player we want on this team. Period.

The question was then posed to me who should be traded to bring in what the Canucks need. The way it was thrown out there was a 140 character version of "Well if you're so smart..." but whatever. The fact is, there's not an easy fix. Ryan Kesler's broken foot was a ridiculous bit of bad luck. Jordan Schroeder seemed to be settling in, but line shuffling from coach Alain Vigneault seemed to work against the rookie, who's now back in Chicago. Andrew Ebbett? Not good enough, unfortunately. And there's not a lot on the farm you want to part with to try and fix this. You will recall of course, that one of our goaltenders was supposed to be traded away to fix the Canucks center ice conundrum. So you either have to trade away a winger, or a prospect from the Wolves. If I had to suggest someone (full disclaimer: I hate trade speculation, hate it hate it hate it, and this is solely to humour Eager's fan), perhaps Mason Raymond, who's heading into free agency and having a bounce-back season, packaged with a draft pick could fetch us something serviceable. That's as good as you'll get for a prediction from me.

It's been a frustrating season for the Canucks. High expectations, a steady stream of success over the last few seasons that has clouded the memories of some fans, and some dumb luck have caused the fanbase to demand changes. That's far easier said than done, and while I do believe the problems are fixable, we might need to get to the trade deadline before anything can be done about it. And as I write this article, Ben Eager has cleared waivers, and is on his way to Oklahoma City to join Darcy Hordichuk. Let's all breathe a sigh of relief, shall we? And as a sidenote, the Canucks have recalled Steven Pinizzotto, and he will make his NHL regular season debut tonight against Nashville. Very happy to see him finally healthy, and look forward to his contributions. Oh yeah, and that's ANOTHER reason why we wouldn't need Ben Eager.

A sad day in the metal world yesterday as original Iron Maiden drummer Clive Burr died at the age of 56. Burr had suffered from multiple sclerosis for a number of years, and the band had played a handful of charity shows to raise money for his medical expenses. Burr appeared on the self-titled debut album as well as Killers, and the legendary Number Of The Beast album, as well as the Maiden Japan live EP. Gonna throw done some of my favorite Burr-era tracks for you. An interesting trivia note: In the Number Of The Beast video, one of the devils is the man who would replace Burr, Nicko McBrain. RIP.