Behind The Numbers - Advanced Stats Game #31 Canucks vs. Coyotes

Share All sharing options for: Behind The Numbers - Advanced Stats Game #31 Canucks vs. Coyotes

** {I have some exciting new stats and analysis I am working on. However, in order to balance my workload I will not be posting individual scoring chance data fro the next few games.I will be tabulating season totals most likely at the halfway mark}. 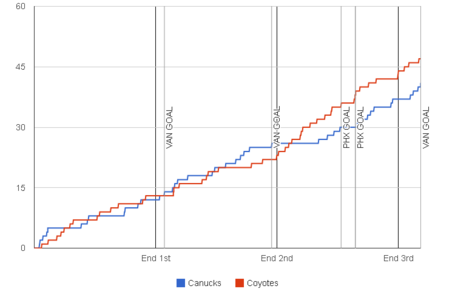