Behind The Numbers - Advanced Stats Game #17 Canucks vs. Coyotes

Share All sharing options for: Behind The Numbers - Advanced Stats Game #17 Canucks vs. Coyotes

3. The Coyotes' power play. (It was dangerous). 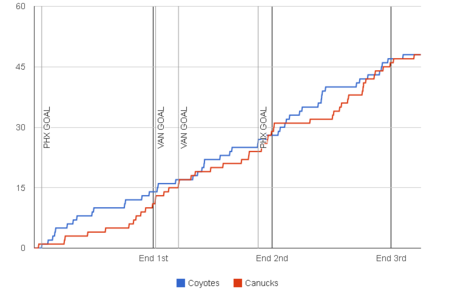