Behind The Numbers - Advanced Stats Game #16 Canucks vs. Leafs

Share All sharing options for: Behind The Numbers - Advanced Stats Game #16 Canucks vs. Leafs

{Expected Score is calculated by assigning an approximate percentage value to each shot attempt. It's goal is to capture a truer picture of the game}

One more treat for Canuck fans (courtesy of extraskater.com) 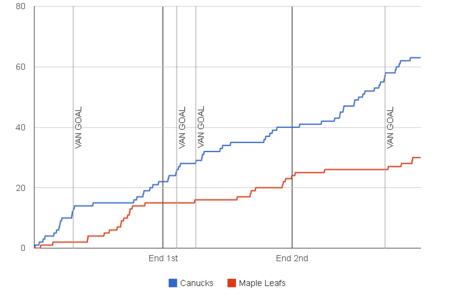 Feel free to add comments and questions below!