After what seems to be just another proto-typical Canucks game Saturday night, the boys seem to be pretty pissed off right now. Frustration is boiling over after another one goal loss. Maybe the Canucks need to embrace their inner Tortorella as they take on the Kings tonight?

As this Canucks team continues it's evolution with John Tortorella, we're seeing different reactions from the team all the time.  More honest answers in press scrums, much like the ones we get from Torts are a breath of fresh air, the exact opposite of what we were constantly fed during the Alain Vigneault era.  Everything is not fine right now, and while it's not in a state of 'HOLY HELL, TRADE EVERYONE!!!' type of disarray, it is something that needs to be brought to a halt.  And that's why I love Ryan Kesler's post game comments after the loss to the Blackhawks: ""Is it frustrating? Yeah. Nobody likes to lose — especially when you have games like this. There are opportunities and pucks are bouncing over our sticks. It’s bad luck, but we’ve got to fucking bear down."

Yes!  That is the kind of reaction I want to see from one of this team's leaders!  I want to see the anger and frustration boil over into a torrent of vulgarity that would make Ralphie Parker's dad sit up and take notice. 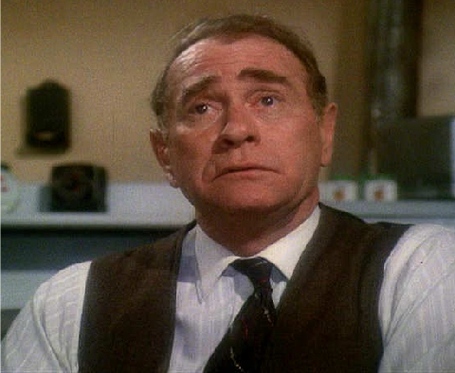 The Canucks need to stop handing out points to Western opponents, especially to the 8 teams currently sitting in front of them in the standings.  It can start tonight by beating the Kings.  What's happened that Rogers Arena is no longer a place that seems to be tough to play in?  Perhaps it's the library-like atmosphere, the lower bowl filled with 'fans' there because it's still trendy to do so?  While the games are technically sold out, there's a sad trend of empty seats of late, and that needs to stop.

So onto the things they can control.  What are the Canucks going to need to do to come out with the sole 2 points tonight?  First, as tiring as this refrain is, they have to stick with the process.  Friday's game against the Blue Jackets showed it's the little things that matter.  Keep putting the puck to the net and good things will happen.  The 2nd part of that equation, making sure there's lots of traffic in front of Ben Scrivens tonight will help.  The Kings haven't lost a game in regulation in their last 9, so they're definitely due.  The frustration left over from Saturday night, a reminder from the coaching staff of just how awful they were against the Kings in the first meeting, and Drew Doughty proving once again that in spite of all his talent, deep down he's a gigantic dick should be all of the motivation they need to come out and win tonight.

Straight outta the Bronx, Demolition Hammer brought a death-tinged thrash attack that released 5 albums before breaking up.  Their best output came on the albums 'Epidemic of Violence' and the one this track is from 'Tortured Existence'.  Drummer Vinny Daze died in 1996 while in Africa, a victim of globefish poisoning.  Seriously.