I'd suspected it for years. The way so many Leafs fans seemed to get their hands on tickets when they came to town. Was it really a case of people looking to make a quick buck? The answer was something far worse.

Share All sharing options for: Canucks Brunch- The IlLEAFinati

By the time you read this, I may already be dead.

I am posting this from a secret location, and it may already have been compromised. This was supposed to be a post chastising 'Canucks' fans for the annual ritual of selling their tickets to Leafs fans, and I wanted to find out why, when these games obviously get both fanbases so pumped up, they would so easily part with their tickets? I started to research it, asking a few questions. I regret this now, because they will find me soon, but I have to get this message out to you, so that you can help me spread the word: The IILEAFinati is REAL.

The changes started slowly, seeming more like coincidence than any concerted effort. A restaurant down the street flying a banner. Car flags. Zandberg starting to be more bold in his once-hidden Leaf love. I just laughed it off, because none of these things could be connected, right? And then I saw him. The homeless guy. Every day, back and forth. At first it was a "hmm... a homeless guy in a Leafs jersey?". He would always turn and look, as though he knew when I saw him. He'd stop and stare from across the street, day or night... rain or shine. Laurie thought I was crazy when I started telling her to keep the curtains closed, but I just couldn't take it. It felt like he was staring through my soul.

I was walking to the grocery store a couple weeks ago, and I could see him coming my way. I crossed the street at the crosswalk, as I normally do. He jumped out into traffic, nearly getting mowed down by a cargo van as he darted to the other side of the street. Was he following me? I started to walk a little faster, and turned the music down on my ipod. His pace increased. He was trying to catch up to me. No he wasn't, because that's just nuts. I was almost at the store. I could hear him now, hear him breathing. I ran. I ran like hell til I got the doors of the store, my heart pounding as doubled over in the produce department, trying to catch my breath. I took a moment and collected myself, and then started to laugh. How ridiculous was it that I thought the guy was after me? He probably just wanted to ask me for some change. I grabbed a few things and paid for them, then began my journey home. I didn't even see him til he emerged from the bushes, spittle gleeking out of his toothless mouth and landing on his beard as he yelled "JOIN US!!!!"

I managed to lose him by darting through traffic, getting home and into the safety of the house before he could catch up. "How can this be?" I thought to myself. I sat down at the computer and started to look, and I got angry. The signs were always there. I'd just been blind. We've all been so blind. How deep did this go? Who was involved? People that seemed to be completely detached from it all, now seemed part of this massive conspiracy. Was this real? Was I losing my mind? "Come to bed!" Laurie said, and I realized I'd been at the computer for 14 hours straight "It's 4 am. What are you doing, anyway?" I started to tell her, and she stopped me "Kent, you have to stop this. It's too dangerous. You dig too deep, and they'll find out" I looked at her, and could see the fear in her eyes, but I knew this was something I couldn't stop. I'd already started to tumble down this rabbit hole.

I awoke a short time later, face down at my desk. I made some coffee, took the dogs for a walk and noted that the homeless Leafs fan was nowhere to be seen. Maybe this was all just some crazy thing I'd worked up in my head. I wanted to see something so bad, that when I looked for it, of course it was there. The brain is funny that way. I'd resigned to starting to work on a post about Pavel Bure's number retirement, when the email arrived. Someone named Mr. Big said he had the answers I was looking for, and to meet him in a parkade on Broughton St. I was officially terrified at this point.

I thought about not going. After all, maybe it was some kind of a trap. Was I in danger? What the hell was I supposed to do? I don't have a gun to protect myself, was this so dangerous that this was even a possibility? I settled on grabbing a pocket knife before I left the house, and headed downtown. I went to the 4th level, and looked around, but saw no one. It was raining, and somewhat dark for the middle of the afternoon. I started to approach the stairwell when a voice called out from behind a concrete pillar "That's far enough. You understand I can't let you know my identity. I know what you're looking for. They know you're looking. You're in trouble, Kent. Big trouble. But the answers I give you might keep you safe. Either way, this has to be told" I could see his silhouette, and it looked vaguely familiar, the voice definitely one I'd heard before. He tossed an envelope in front of me on the ground "Everything you need to know is in there. All of the proof. Names, dates, all of it" Mr Big said. I picked it up slowly, genuinely afraid to open it "What do I do with this? And why are you helping me? Who are you?" I said. He chuckled "I have to do this, for the good of the game. I stopped them once, and with your help, I'll do it again". I opened the envelope slowly and looked inside. Documents from the NHL, the CBC, Molson's, Esso, Tim Horton's... and the photographs. Leafs fans, public and private. Mike Myers. Sure, we knew that. But Mitt Romney? Donald Trump? What the hell? And then my jaw dropped. A list of names. Some obvious, some literally shocking. "Where did you get this?" I asked. "I have to go now, Kent. Tell the world" he said. I heard a car coming up the parkade behind me, and when I turned, Mr Big was gone. I stood there for a moment in a bit of a daze when a voice snapped me back to reality "It's him!".

I started to run back down the parkade, jumping from level to level when it was safe to, the squealing tires on the concrete letting me know they weren't far behind. I heard a horn honk, followed by yelling. Someone had pulled out of their spot and cut them off, giving me the time and space I needed to make my escape. I ran out of the parkade and flagged down a cab, jumping in. I gave him the address and he started to drive. I clutched the envelope tightly and noticed the driver missed a turn that would have taken me home. "Hey buddy" I said "you needed to make a right there". My heart sank when I heard the doors lock, and the driver turned and said "You should have stayed home!" Don Cherry was driving the cab. The car stopped at a red light, and I knew if I didn't do something, I may not get out of this alive. I grabbed his ridiculously garish tie and pulled back as hard as I can. His foot slipped off the brake, and the cab veered out of traffic, crashing into a hydro pole. He was unconscious, so I was able to get the doors unlocked and make my escape.

I got home, and made arrangements for Laurie to go someplace safe. I tried sorting through the documents, but it's all so overwhelming. He'd been working on this for a long time, but was missing a key piece that ties it all together. There was one person, the leader of it all. Many had tried to figure it out, but they'd never done it. I sat alone in the room, photos scattered around me, thinking about this game I love and how I could never look at it the same. I thought back to 2011, being at the Finals, and seeing my team get so close. Thinking about all of the people I met. I recalled meeting Jim Hughson, talking about great it was to see the team he'd grown up watching, and once was the voice of, getting another shot. The man seemed like an enemy to Leafs Nation, especially to hear them talk about him. Canuck homer. Biased. Oh, god. 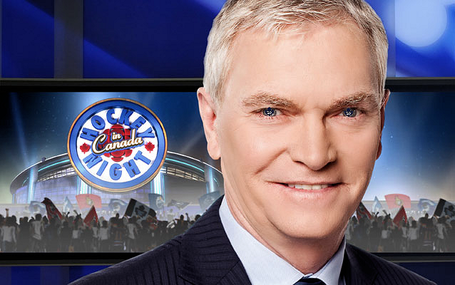 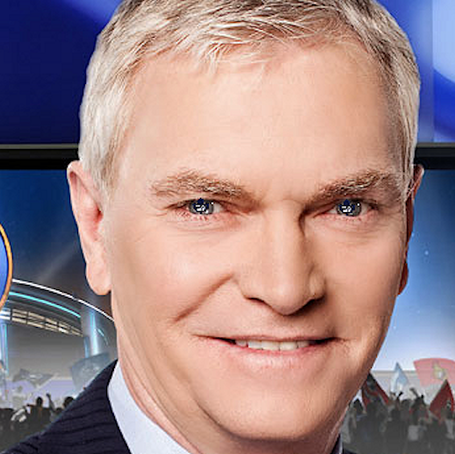 I don't know if they will find me before the game starts, but now you know the truth. That person you think is a Canucks fan, may not be who you think they are. It's too late for me, but I am giving you what you need to discover the truth for yourself. Together, we can stop them. Believe.