Behind The Numbers - Advanced Stats Game #21 Canucks vs. Sharks

Share All sharing options for: Behind The Numbers - Advanced Stats Game #21 Canucks vs. Sharks

Finally, much has been said about how difficult the Canucks' division is. This is accurate. However, the Canucks are really improving as a team. In the last 5 games (4 on the road) they have bettered their Pacific Division rivals with ~57% Pos. F Close rating (103-79 in shot attempts).This is good news long term for Canuck fans, now it is time to get some calls and finish more scoring chances. 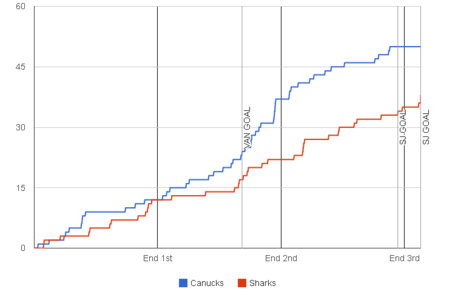