Behind The Numbers - Advanced Stats Game #20 Canucks vs. Ducks

Share All sharing options for: Behind The Numbers - Advanced Stats Game #20 Canucks vs. Ducks 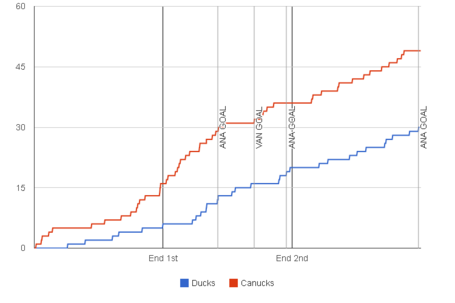 Be sure to Vote.

My prediction right now is the Canucks finish fifth - just out of the playoffs. I really hope my math is wrong?! However, if Mike Gillis gets a legitimate center and the team gets more power plays they could finish as high as third.

Time for you to vote?! And, feel free to comment below!