A round-up of day one action, including a new signing and plenty of pics.

We wondered yesterday why he was left off the official transfer notices. Turns out it doesn't matter anyway!

From the Wolves mothership:

PINIZZOTTO has not appeared in any games since the 2010-11 season due to injury. He set career-highs with 17 goals, 42 points, and 178 penalty minutes in 68 American Hockey League games with the Hershey Bears in 2010-11. His 17 markers and 42 points ranked sixth on Hershey, while his 178 penalty minutes paced the Bears.

The Mississauga, Ontario, native also appeared in 51 ECHL contests with the South Carolina Stingrays from 2007-09, collecting 42 points (19G, 23A) and 77 penalty minutes.

After a torn rotator cuff KO'ed his contributions last year, Pinizzotto expressed interest in coming back to the organization and the Canucks obliged early into the start of free agency this summer.

Eddie Lack will be blogging for Canucks.com during the Wolves' training camp. Check out his first entry. Funny guy.

In other first day activities, you should give Wolves SVP mick1919 a follow on the twitter machine as she's been taking some solid behind the scenes shots. Here's a sampling: 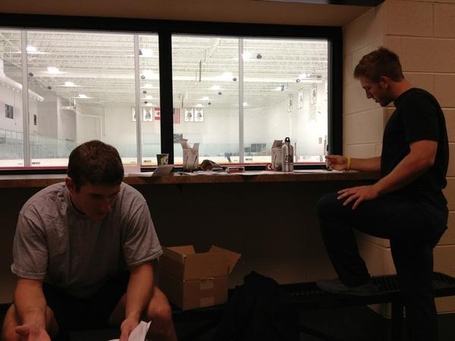 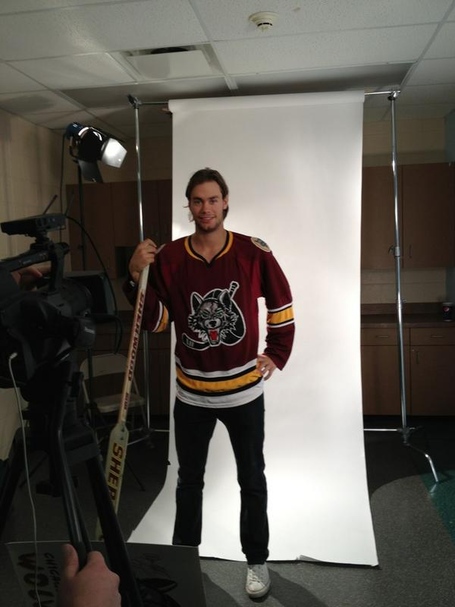 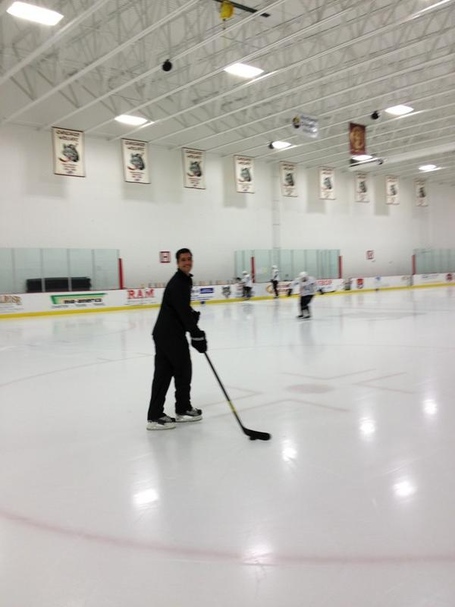 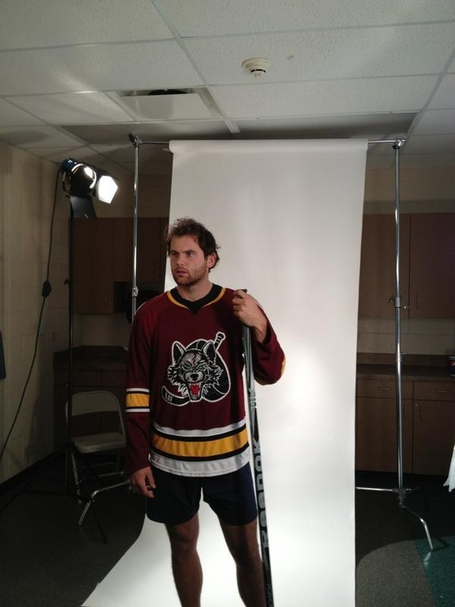 Zack Kassian. In all his glory.