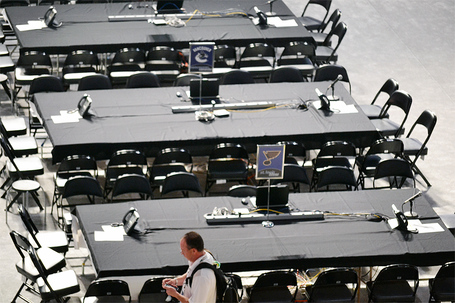 So it begins. Well, pretty soon anyways. Providing you read the links this morning, you know a couple of the big storylines already. Rumours that have been circulating today are about Gillis talking extensively with Brian Burke, and that apparently a Rick Nash trade is in the works. We'll probably update this post with anymore big trade action this afternoon/evening. Anything big on the Canucks front will have special treatment.