The round robin is complete and every game is now do or die for Team Canada at the World Championships, starting with a quarter final match against the Slovakians. Canada opened the tournament with a win over this squad, and it was hardly convincing. Since the loss to the Americans though, Canada has continued to get better with each game, and will be wary of a Slovakian squad that maybe thinks they didn't play as well in the opener against Canada as they could have. They'll be without Marc Methot, who is serving a 1 game suspension for a hit from behind in Tuesday's win over Belarus. Seriously, these 2 am game times suck, but what can you do? Anyway, a win for Canada will move them to the semi finals and a date with either Sweden of the Czech Republic. So there's that. Should be a good game though. Can't wait to see the highlights with coffee. GO CANADA GO! 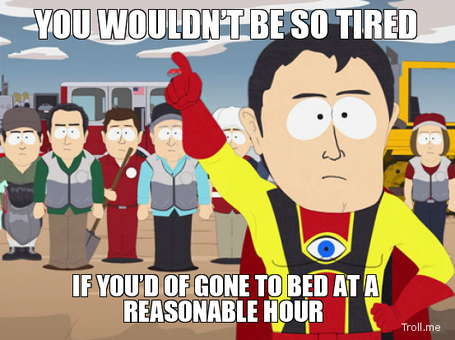