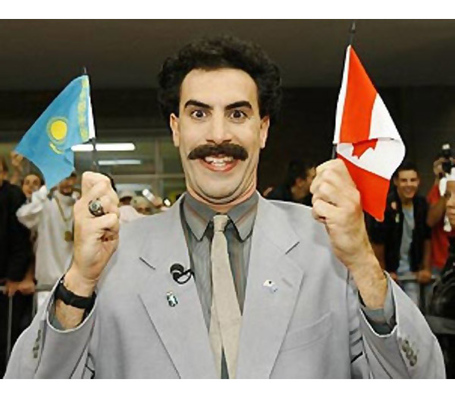 Are you excited? Maybe not as much as they are. And it's not from a place of disrespect that I say this. Yesterday was one of the biggest moments in Kazakh hockey history, as they took the USA to overtime before dropping the game. This is a team that's only earned points in 4 previous World Championship games in it's history, the last one coming in 2006. So yeah, yesterday was huge for them. And if anything, it will have them fired up to face a Canadian squad that actually looked more like the kind of Canadian teams we are used to seeing, knocking off the highly favoured Finnish squad in front of a hometown crowd. The Canadians battled through some undisciplined penalties that came back to bite them on the ass and scored more goals against the Finns in one game than they've surrendered in the tournament so far. And who got things going yesterday? None other than Mr. Everything, Alexandre Burrows. His 2nd period goal got Canada on the board and back into a game they were down 2-0, and even after the Finns took a 3-1 lead, he'd already given them the boost they needed to get back in it. Devan Dubnyk gets the start in goal today as they play their 2nd last game of the round robin, the final match is Tuesday against Belarus.