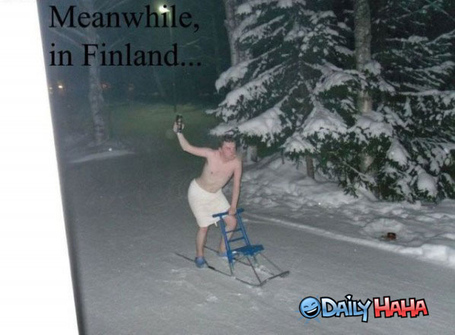 Team Canada has an opportunity to claim 1st place in Group H at the World Championships, but they'll have to go through the hosts to do it. Our boys take on Finland today, but they get some reinforcements as Alexandre Burrows returns to the lineup after suffering a concussion in the first game of the tournament. They'll also have D Kris Russell of the St. Louis Blues on the roster tonight, and coach Brent Sutter will roll with 13 forwards and 7 defence. Canada's coming off an impressive 3-2 victory over a very good Swiss team, while the Finns are coming off a blowout win over France. One thing that will be different for the Canadians today: playing in front of a full, and hostile crowd. They've played to half full or less crowds at the Hartwell Arena so far, but this game is sold out and will be pretty much all Finnish supporters, maybe that will inspire them into the kind of dominant performance we've yet to see from them so far.