Make A Friend, Split a Tab, Get Married and Make Babies. Who Knows What The NM Fan Map Can Do?

Share All sharing options for: Make A Friend, Split a Tab, Get Married and Make Babies. Who Knows What The NM Fan Map Can Do? 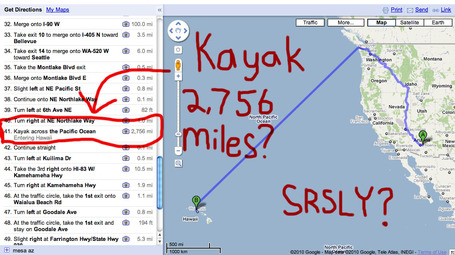 That crazy of time of year has returned. The one were you kiss your loved ones goodbye, lock yourself in a room with the requisite amount of liquor, tempt throat bleeding with your screams and endure the ulcer-inducing marathon known as playoff hockey.

Of course some may join together and share these mind numbing moments with each other. It's beautiful really and one we couldn't endorse more since playoff success and failure is always enhanced by good company.

(There's a riot joke in there but I'm too classy to jump on it).

As we do every year as a public service to you sexy readers, we'll dust off the old fan map just in case you aren't privileged enough to live in the lower mainland and instead need to track down fellow fans in whatever nook and cranny of the world you lay your head down in at night.

People may have moved around already, but here's the NM map updated as the beginning of the 2011-2012 campaign.

If you want to be included, the easiest way to do so if hit the comments and provide me with your location. I'll add your username and location as soon as I can and then you pair off and contact those in your area. If you're already on the map but have been uprooted, I can swap those locations out too.

Also we're eagerly looking to drop thumbtacks in Central Asia, India, some islands on the Pac Rim and of course Antarctica. C'mon, someone down there checking out penguins has a wi-fi connection and a hockey fan badge, let's see it.

Lastly, please do party responsibly. That means saying "yes" to happy hour, "one more" at last call and drinking games based purely on Dustin Brown drinking water. Have at it.