Morning Buzz: The most wonderful time of the year

Share All sharing options for: Morning Buzz: The most wonderful time of the year

My jersey is washed. My face is bald. I've got all my Game of Thrones / Watch the Throne-themed headlines ready for the next couple weeks. I'm ready. Are YOU?! 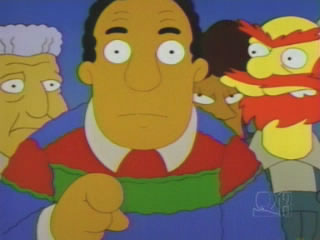 I hope you don't care about news relating to non-playoff teams and loser tournaments like the World Championships, because you won't find them in here.

So, the Los Angeles Kings it is. Matt Lee gives a quick and dirty breakdown of what to expect in the series. | CHB

The LA Kings are bad, and not to be confused with all the good kings out there. | PITB

The Stanchion uses EXTREME (read: fake) advanced stats to show why the Canucks will beat the Kings. | LoB

Despite a lack of mental focus at times, the Canucks had another brilliantly successful regular season, but all along they've known that's not what they're playing for. | VS

Canuck Nation got a great piece of news yesterday when Dr. Hank proclaimed his brother Daniel "100% healthy". | The White Towel

Hopefully Daniel's return will spark the PowerPlay, which could be the difference in a series against a tight defensive team. | The Province

Thomas Drance encourages everyone to ignore the haters that are bound to come out in droves, and just enjoy watching Canucks playoff hockey. | CanucksArmy

Also to be ignored: the panic emanating from our own fanbase. There are many reasons to feel good about the Canucks' chances — embrace them! | Puck Buddys

There's an amazing pump-up video at the end of that post made by Samir Javer. Check it:

This Is What We Live For: Vancouver Canucks 2012 Playoffs Preview (via sjam99)

The NHL's Power Rankings for all 16 playoff teams.

A good breakdown of the favourites/underdogs in each series, and which carry the best odds of an upset. | Y! Sports

Jo Innes offers a breakdown of known injuries heading into the playoffs, starting with Washington and Ottawa. | Backhand Shelf

Guy Spurrier looks at a few of the advanced metrics prevalent in previous Cup winners, and discovers only seven teams in this year's playoffs compare favourably in these categories (spoiler: Canucks are one of them). | NP

The Phoenix Coyotes won their first Pacific Division title this season, and despite being bombarded constantly with rumours of relocation and getting low attendance numbers at games, they received a very warm welcome when they arrive back in Phoenix on the weekend. | CBS

The Nashville Predators are a scary team in this year's playoffs. With Alex Radulov, they've added a piece they were sorely missing last season: a legitimate offensive star. | CBC

One reason to cheer for the Pens in the East: Steve Sullivan, who at age 37 is finally on a Stanley Cup contender. | Sportsnet

Daniel Alfredsson admits that these playoffs could be his last. | PHT

Did your team miss the playoffs (not likely if you read this blog)? If so, here's a handy bandwagon guide. | The Active Stick