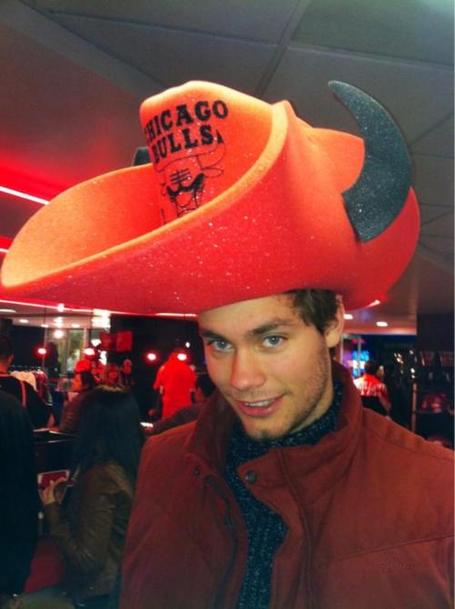 After being blanked 6-0 by the rival Milwaukee Admirals on Saturday, the Chicago Wolves managed to halt a four game losing streak Sunday night with a victory over the Western Conference leading Oklahoma City Barons . The Wolves currently sit at 4th place in the West with 67 points but the conference is so tight that the 11th place team in the conference is only one point behind with 64.

Last Wednesday the Wolves dropped a game to the San Antonio Rampage 2-1 in what was a great matchup of likely future NHL star goaltenders with Eddie Lack vs Jacob Markstrom. The former teammates at Brynas IF of the Swedish Elitserien provided a great goaltending duel that ultimately went the way of the Rampage when a blue line blast from captain Nolan Yonkman, broke the 1-1 tie in the 3rd period. Yann Sauve had the only goal for the Wolves.

Saturday night was a forgettable game altogether, facing the Milwaukee Admirals in Milwaukee in a game with playoff significance as Milwaukee is only one point out of the playoffs, the Wolves laid a complete egg. Perhaps they were just thinking about the Styx concert after the game, but they just didn’t seem to want to be in the arena that night and it showed as Milwaukee poured it on for 60 minutes and ran the Wolves losing streak to 4 games. Matt Climie did make some solid saves, but ultimately only stopped 30 of 36 shots.

Yesterday afternoon was a real gut check game for the Wolves, they were facing the prospect of a season high five game losing streak against the top team in the Western conference. But the Wolves answered the bell and opened the game flying, ending the 1st with a 1-0 lead. Mancari and Haydar scored two goals 7 seconds apart in the opening minute of the 2nd period. Mark MACHO MANcari stole the puck and deked out the Oklahoma City goalie for a hat trick which was the icing on the cake late in the 3rd period. The Wolves won 4-1.

Eddie stopped 62 out of 65 shots he faced in his two starts this week. Watching him yesterday he was reading the plays and seeing the puck very well. On several occasions the Barons had nice crossing plays set up only to wind up with Eddie in perfect position. He’s been in the zone lately and has firmly grabbed the number one goalie position on this team. If the Wolves are going to make it into the playoffs and have a decent run this year, we’re going to need Eddie Lack to keep playing like this.

Coming up this week – The Wolves have a chance for revenge this Wednesday night with Milwaukee coming to down, then they’ll travel down to Charlotte (Carolina AHL Affiliate) for a pair of back to games. Charlotte remains 3 points ahead of the Wolves so sweeping the weekend series there would go a long way in helping to cement a playoff spot.

The Wolves will be in Abbotsford again March 29/30 so get your tickets now and go cheer on your up and coming Vancouver Canucks.

AHL TRADE - The wolves have just received Jordan Henry from the Abbotsford Heat in exchange for JP Testwuide, the stats are pretty similar, but Henry has played more at the AHL level this season so that bit of experience should help out depth on the blue line. Best of luck to JP as he always played hard.

Follow me on Twitter @ggooglyboogly for more frequent Wolves updates and tweets during the games so you know how your future Canucks are doing.