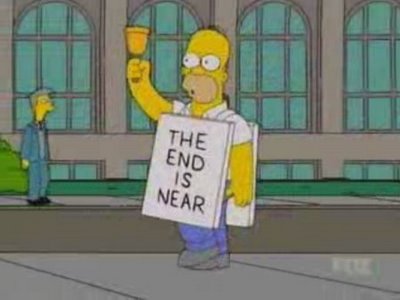 Sometimes, it makes you wonder if things would be easier if this team wasn't so good. A great philosopher once said "Mo' money, mo' problems" and in the case of the Canucks, mo' success is definitely creating the illusion of problems. Sure, there's the expectations, of both team and fan base. And make no bones about it, nothing elevates the expectations on both sides of that equation like playing in a game 7 of the Stanley Cup Finals. And while a lot of it is understandable, these expectations carry with them some nasty side effects. Irrationality. Irritability. Temporary delusion. Loss of short term memory. I know it's hard, believe me. This blog is home to some of the most passionate Canucks fans there is. And we've all been guilty of caving in to these afflictions. Some seem to be beyond saving, to be honest. How else can you explain the sense of panic being expressed over a team that's rattled off 4 straight wins, all against teams with far more on the line than the Canucks? A season that some are treating as thought it's already lost, sees the Canucks with the opportunity to send another stinging message to a playoff pretender, and move within one point of St Louis and tied the Rangers, and with that possibly winning their 2nd straight President's Trophy. You know, that thing the Canucks weren't supposed to do again...

Glamourous it ain't, but there's something to be admired about the workman like effort the Canucks have brought to their defensive game of late. They're not finishing on offensive chances like we're used to, but this will come around, simply because this talented group isn't going to stay quiet for that long. The breakout is coming, and the timing couldn't be better. Playing Dallas for the 4th time in a month continues the Canucks recent run of having to go up against teams in the thick of the playoff hunt, and a Dallas loss tonight could see them tumble from 3rd place and home ice in the first round, to 7th or even 8th, and a date with either St Louis or the Canucks. Dallas will need zero motivation tonight. That means the Canucks are going to need their heads on a swivel against a Dallas team that's tried to play the Canucks increasingly nastier through each consecutive match this year.

One thing the Canucks can do to re-energize the offense (apart from a faith healer for Daniel, if you believe that sort of thing...) is another line shuffle, and Coach Alain Vigneault is at it again. He's left the 3rd line of Chris Higgins, Sammy Pahlsson and Jannik Hansen alone, but the first line will feature Henrik Sedin with Alexandre Burrows and Maxim Lapierre. This is in anticipation of their sitcom "Two Trolls, A Twin And A Pizza Place". Mason Raymond zips down to line 2 with Ryan Kesler and David Booth, while Manny Malhotra will center Dale Weise and Zack Kassian on line 4. Perhaps this will get the Canucks out of the collective offensive funk they're in.

Roberto Luongo starts in goal tonight, meaning we'll likely see Cory Schneider tomorrow night against the Flames. That's all I am gonna say about that, this whole goalie controversy nonsense is gonna be talked about whether I say something or not, so I choose to let y'all have at it. Kevin Bieksa will sit out again tonight, healing up whatever's ailing him. It doesn't appear to have the coaching staff alarmed, so I will take them at their word on this, and after the way the defence played Wednesday night, I am not terribly concerned. Dan Hamhuis and Chris Tanev, Alex Edler and Marc-Andre Gragnani, and Andrew Alberts with Sami Salo will patrol the blue lines for the Canucks tonight.

Out of Florida come one of the US's more prominent prog-metal bands. Their Tolkien-influenced take here was one of my favorite tunes back in the 80's, the title track on their finest album 'Hall of the Mountain King'. Here's some Savatage for ya!