The Shanahammer: Keith Gets Five For Elbowing Sedin

Share All sharing options for: The Shanahammer: Keith Gets Five For Elbowing Sedin 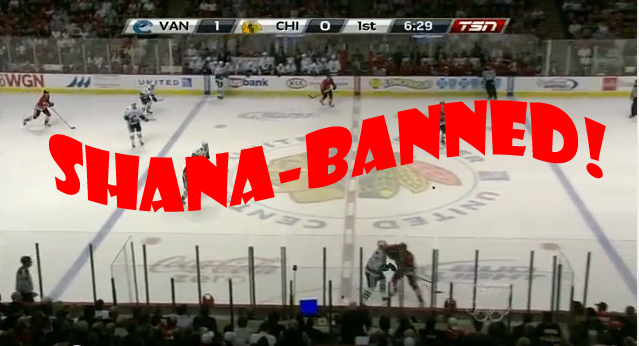 The official word from the NHL can be viewed here. Violation of rule #45..."dangerous, reckless and caused injury."

Can we move on with life now? Sigh, I guess not.

Despite the vitriol flying around the forums, tweets and tubes since game #73, the overwhelming vibe from most humans who employ logic over emotion was that Keith delivered a hit that isn't remotely acceptable in today's NHL, be it levied on a Canuck or his own mother (should his mother be skating of course; she could probably walk on to the Blue Jacket's top six). Shanahan and the league just confirmed it. If you wanted more than five games, not sure what to tell ya to calm the rage. People will look at Doan and say where's the consistency. I look at it like it's Rome's sentence plus a game.

Let's focus on the bigger picture: losing Dank underscores the already perplexing scoring drought. They need to figure out how to live without their go-to scorer for now which means Amex (when they're together) and the budding Hank/Kass connection need to elevate their games along with the rest of the support finding the net with more consistency. A little blueline support never hurt no one either and don't even get me started on the PP...

If - if! - Vancouver bows out early in the post season, this hit sure as hell won't be why.