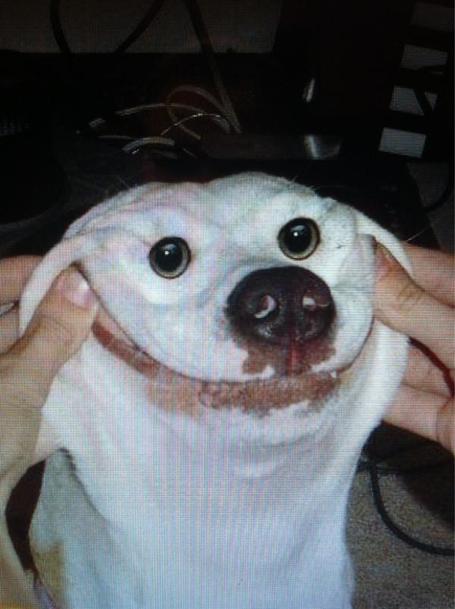 Ever been in one of those funks, where nothing you do seems to help, then something comes along and totally snaps you out of it? Tonight could well be exactly that for the Vancouver Canucks. And while their recent skid isn't as bad as oh, I don't know, falling from 2nd to 7th place, it does have Canucks fans concerned. And no matter how many level-headed people try and reassure people this a natural skid that all teams, even really good teams go through, the ever reactionary fan base of the Canucks are in the streets, squawking away about falling skies and other such nonsense. We've managed to pull off the kind of time-travel one would normally need a TARDIS for: Forget what the calendar says, we are back in October in the minds of many of you. So much negativity, so much of the #Team(InsertCanucksGoaltenderOfChoiceHere). Just like October, I can't stress this enough: Listen to us. We were right then and we're right now. Everything is gonna be fine. Sit down. Shut up. And smile, dammit.

The Canucks have been generous at times, more so recently in their role of slump busters. Other teams and players have been able to shake off whatever funk has got them down playing against Vancouver. Time for the Canucks to reverse that trend and you couldn't ask for a better opponent to do it against than the Columbus Blue Jackets. Mired in what is likely their worst season ever (especially from a PR standpoint) and riddled with injuries, they are the quintessential ripe for the picking opponent. Having them come in to play against a very frustrated Canucks squad that at least seemed to get their offensive issues worked out last game has all the signs of a big game from the Canucks.

Cory Schneider gets the call for the blue & green tonight and this is a good thing not because of the whole Schneider vs Luongo thing, but because Lou should be getting rested for the playoffs down the stretch, while Schneider should be game ready at any moment. Yes, Luongo has not played well the last couple games, but you're dabbling in historical revisionism if you think the Canucks play over the last couple months was his fault. There have been nights where Luongo outright stole games for them, and gave them the chance to win on numerous occasions.

The most glaring issue from the loss to Phoenix Wednesday was definitely the defensive show put on by the Canucks, or lack thereof. To a man, the Canucks simply were not good enough in their own zone, giving the Coyotes far too much freedom to move, not making them pay the price around the net and giving out odd man rushes like their goalie Mike Smith was handing out rebounds that night. From new defensive pairings to line shufflings that only clicked in one end of the ice, their defensive game was appalling. Aaron Rome's addition to the lineup should help settle things down, and perhaps the fact that they're playing the last game at home before a last brutal road swing that sees the Canucks play 4 games in 6 nights. No rest for the wicked, apparently.

Doesn't appear that there will be any line changes for the Canucks, which is good news. I think. The Amex line looked good and Alexandre Burrows sure seemed to click on L3 with Sammy Pahlsson and Jannik Hansen. Mason Raymond will continue to baffle everyone as to his placement on the 1st line with the Sedins. I think it's a stretch to say that they bumped their pointless streaks thanks to the presence of He Who Constantly Falls Down For No Apparent Reason, but unlike some people, I don't think I know more than the coaching staff.

Their new album hits stores in 10 days, in the meantime here's the second song released from the upcoming 'Long Live Heavy Metal' from 3 Inches Of Blood. Homegrown metal!