Share All sharing options for: Morning Buzz: #Canucks Bitz and bites; Gillis not trading Schneider; plus Suter and Nashville

Boy, watching Byron Bitz lumber up and down Henrik's wing last night reminded me of the Wade Brookbank era.

How about Luongo? He battled back from a terrible goal and was solid in another shootout. He's won 3 of his last 4, and has a message for the haters:

Luongo's incredible save and more after the jump.

For some reason the Canucks decided to hold their annual company fire drill in their own zone during the 2nd period last night, which forced Roberto Luongo to make possibly his best stop of the season:

When news broke of Alain Vigneault's mixed and matched line combos in practice yesterday morning, Twitter was whipped into a frenzy. Check out some of the reaction. [The Province]

After the line changes, Thomas Drance lists a few reasons why a switch up might be for the best. [Canucks Army]

CHB sits down for a chat with Replace the KB winner j.Bowman. [CHB]

PITB takes a look at 10 former Canucks who could still help the team now. My vote: Mike Weaver, simply because my "Leave it to Weaver" tagline never really got a chance to take off. [PITB]

Also from PITB, the latest and greatest "Pass it to Comics."

Mike Gillis has "zero interest" in dealing Cory Schneider before the trade deadline, and admits that the team has been receiving phone calls about him for two seasons. [PHT]

In light of Owen Nolan's retirement, here's what Ben Kuzma wrote during his tryout with the Canucks last fall. [The Province]

[Feb 8, 2001] The Canucks and the San Jose Sharks play to the first scoreless draw in Vancouver. The game marks the third time in Canucks history they have played to a zero, zero tie.

Evgeni Malkin pulled off a spin-o-rama in the shootout against the Habs last night. With his size and reach, that's nearly unstoppable.

The Capitals regained the lead in the Southeast with a win over the Panthers last night. How pathetic is this division? The Panthers fell from 3rd to 9th with one loss. [NHL.com]

Owen Nolan has retired from the NHL. [ESPN]

It sounds as if the Predators are willing to become a cap team if it means keeping Ryan Suter and Shea Weber. [Sportsnet]

Elliotte Friedman with some thoughts on the Nashville situation, plus 30 more. [CBC]

Greg Wyshynski helps break down the challenges faced by Seattle and Quebec City in bringing in an NHL franchise. [Puck Daddy]

The Nuge will be sidelined 7 – 10 business days after injuring his shoulder again. [CBC]

It appears that Rick Nash is ready to pick up and get the hell out of Columbus, but he's just too darn nice to admit it. [Scoop Du Jour]

The Buffalo Sabres are hoping to have Lindy Ruff back behind the bench tomorrow when they face the Boston Bruins. [Sabres Edge]

Scott Gomez cares about winning, not scoring. Unfortunately, he's not doing much of either these days. [National Post]

Six interesting things about Alex Ovechkin's new house. For some reason OV having a swingset in his backyard creeps me out. [Curbed]

Let's end off with Tyler Seguin Photoshop'd as Drake: 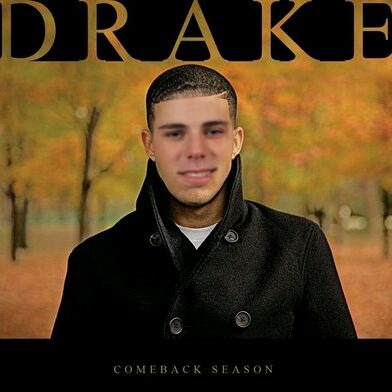