Canuck Brunch- In This Game, Both Sides Have Lost

Share All sharing options for: Canuck Brunch- In This Game, Both Sides Have Lost 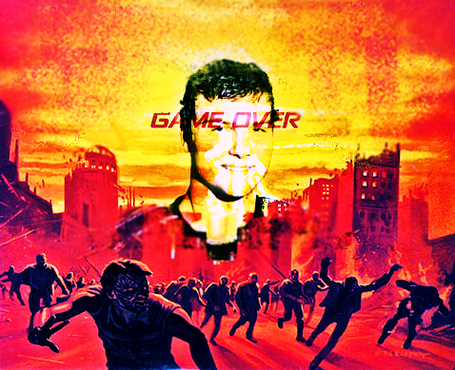 Or have they? Now that for the most part, the shock has worn off of yesterday's blockbuster trade. It's what passes for a blockbuster these days, anyway. Wait, you're still losing your mind about Cody Hodgson? You're not alone. A quick scan of Twitter or any other social media platform will bring you boundless examples of Canucks faithful despondent over the decision by the Canucks brain trust to ship Hodgson and Alexander Sulzer to the Buffalo Sabres for Zack Kassian and Marc-Andre Gragnani. From tears to anger to utter disbelief, many of you are wondering why on earth the Canucks would do this. There's even been some of you out there suggesting that Mike Gillis has pulled a Cam Neely-type trade. Oi. We do have a flair for the dramatic as Canucks fans. The panic in the streets in unwarranted, and time will likely show us all that this was another smart move by one of the best GM's in the business. Why did he make this move? It's simple. Because he could. More after the jump...

It's been suggested that this deal was a reactionary move for toughness, and the Canucks gave up a potential superstar in the process. My thought is that if this is how you see the trade, you're not looking at it correctly. Both trades factor together, and in bringing in Sami Pahlsson, the Canucks got themselves a shutdown 3rd line center, and in case you haven't been paying attention lately, this was a need that had to be filled. Yes, the Canucks were looking for help on the defensive end of their game, and they may have a gem in the rough with Gragnani, but by solidifying their 3rd line, and bringing in the defensive element that Hodgson's game doesn't have, it allowed them to move Hodgson while his stock was high for the aforementioned defensive help and something the Canucks were lacking in their system. Not so much toughness, but the whole power forward package. All indications are that Zack Kassian could be a Milan Lucic/Todd Bertuzzi type player if he lives up to his potential. Does he have the pure offensive skill of Hodgson? Nope. But he has such a more well-rounded game, especially in terms of what the Canucks are going to need heading into the playoffs.

As much as Byron Bitz was a nice story, when I look at the Canucks 4th line and see a Zack Kassian instead of a Dale Weise, I like this. A lot. Kassian is the type of guy who brings tons of energy to the game, seems to have shown an effort to address some poor decision making in terms of hits in his past, and combined with Manny Malhotra and Maxim Lapierre have a 4th line that could give the Canucks' opponents fits: they can hit, they can fight, they can grind and check and most of all, they have serious speed and can put the puck in the net as well as any 4th line in the league. Sure it's a gamble, but any questions about performance of Kassian and Gragnani could well be explained by the Sabres system than anything else.

I understand the attachment to players, but Puck Daddy's Ryan Lambert's quip about "losing the idea of Cody Hodgson is going to sting more than losing the physical presence of Cody Hodgson" is bang on. There was a lot to like about Hodgson. Personable. Highly skilled. His determination to come back from a serious back injury, and his willingness to put in the effort for whatever was asked of him. It's a funny thing, being in a position of strength such as the Canucks find themselves. It allows you to take assets others can't believe you would let go, and address the needs that you have. A lot of teams wouldn't dream of trading Cody Hodgson. A lot of teams also don't have a Henrik Sedin and Ryan Kesler as their 1st and 2nd line centers. Cody Hodgson is far too good for 3rd line minutes. He deserves to play 20 + minutes a night in a major offensive role. That simply wasn't going to happen for him in Vancouver, and his emergence into looking like the player the Canucks thought they would have when they drafted him allowed them to bring in the pieces they think they need to solve Lord Stanley's riddle at last.

One thing I struggled with yesterday was seeing the panic of some Canucks fans, worried about things like goalscoring and a whole lot of 'what if's'. The Sedins and Kesler have cooled off a bit, but it seems lost on some of those who bleed blue and green that not only is this the 1st place overall team in the NHL, they're also the team tied for the most goals scored. Cody Hodgson, while having himself a fine season that will garner some votes for the Calder when all is said and done, didn't score all of those goals. This team is still an incredibly skilled hockey club. They moved out one player from the roster and brought in 3 that fill specific deficiencies that needed to be addressed before the post season. Sounds like a win for the Canucks and Hodgson if you ask me. If the Canucks don't win the Stanley Cup this year, it's not because Cody Hodgson was traded to Buffalo. If they should win it all, you will likely be able to say this deal helped them finally bring the Cup to Vancouver.

KICKASS METAL SONG OF THE DAY

In keeping with MrsWaachcast's awesome manipulation of their classic 'Game Over' album cover, here's a little Nuclear Assault for you...