Share All sharing options for: Nucks Misconduct Takes Toronto By Storm: A Recap of Saturday's Meet-up 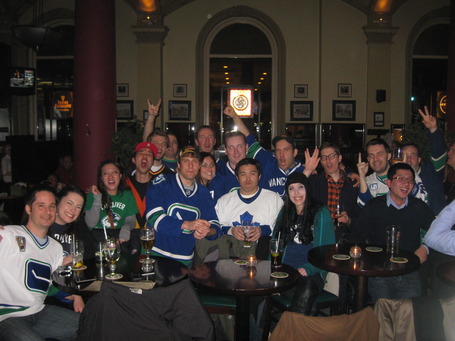 On Saturday, members, lurkers, and hangers-on got together at a downtown Toronto bar for the second annual Nucks Misconduct Toronto Meet-up (calling it the "second annual" and capitalizing the name clearly make it a an EVENT). The win on the ice was made all the sweeter by the fact that dominated the bar as thoroughly as the Canucks dominated the Leafs on the scoreboard. From the opening anthem, which we faithfully sang along to as Mark Donnelly held his microphone aloft, to the closing horn, we loudly and proudly cheered on the Canucks.

This year we had over 20 attendees, a large increase from the six that attended last year. And yes, one of them was a Leafs fan. My friend was keen to attend, and was a good (and self-deprecating) sport throughout the evening - despite taking plenty of heckling from the assembled 'Nucks fans.

I didn't keep tabs on who was or was not a regular here at Nucks Misconduct, although I do know that Semi_Colon and jabraham were in attendance. If you were there and want to self identify in the comments, it will help me put a username to the face!

After the jump, some more pictures from the evening. 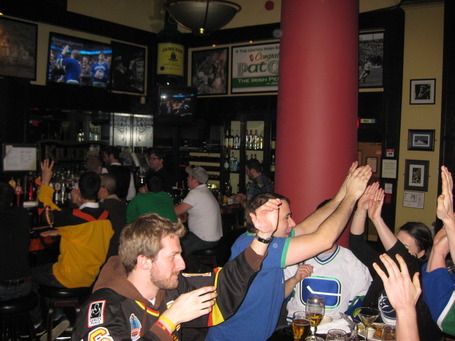 Celebrating a goal. This only happened five other times. 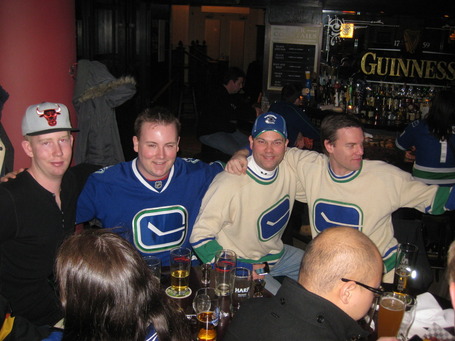 Some of the crew, including the man many of you know as jabraham. 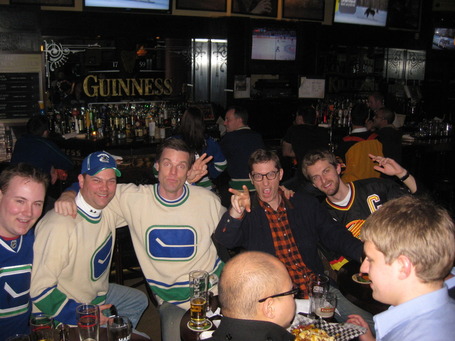 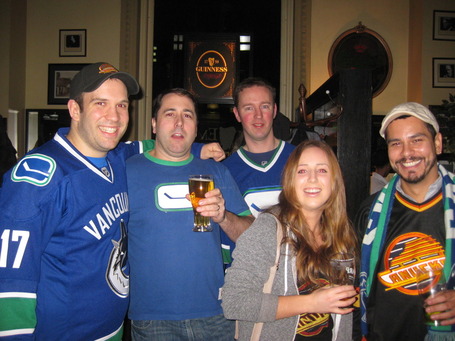 Smiles all round after that Canucks peformance. BTW, that's me on the left. 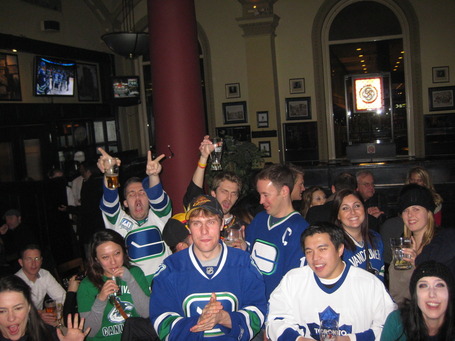 Hey, my buddy looks surprisingly happy considering how the night went. Also in this picture: our very own Semi_Colon. 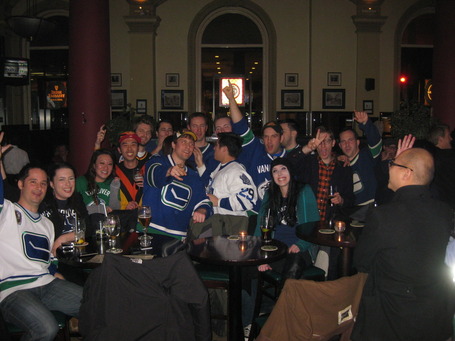 And one more shot of our group. Great group of people and a fantastic game. We'll hopefully all be getting together again come playoff time. I'm already looking forward to it, as well as to taking over another Toronto bar next season!