Morning Buzz: We're Putting Our Best Man On The Case...

Share All sharing options for: Morning Buzz: We're Putting Our Best Man On The Case... 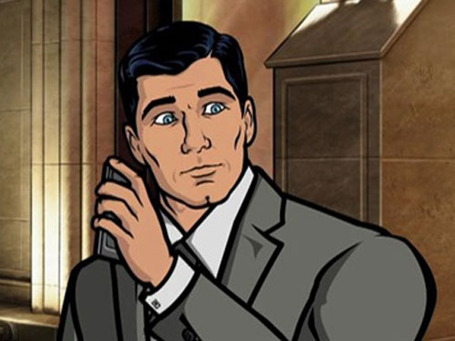 'What the hell? They counted that? Who lets that kind of thing happen? How could this be allo... oh, right.'

He's not available? Well what about... oh, vacation, right. Well, who's left then? Colin Campbell? God help us all. Yes, there's controversy, kids and it involves the Los Angeles Kings. Turns out their scoreboard kinda sorta froze for around a second and a half. While it was stuck, Drew Doughty scored the game winner. It's official, I feel sorry for the Columbus Blue Jackets this season. While most teams deserve the season they get, when this kind of thing happens to you, how can you not feel bad? It's been a while since I had a cup of coffee with y'all so I will do my best to provide you with the links and witty repartee you've learned to love since The Stanchion and Jordan took over my old slot. So pour yourself a hot cup of whatever and settle in. We've got a bushel of links for you to check out as we prepare for what should be another barnburner of a game tonight, with the Detroit Red Wings in town. So in honour of Detroit Rock City, here's this: 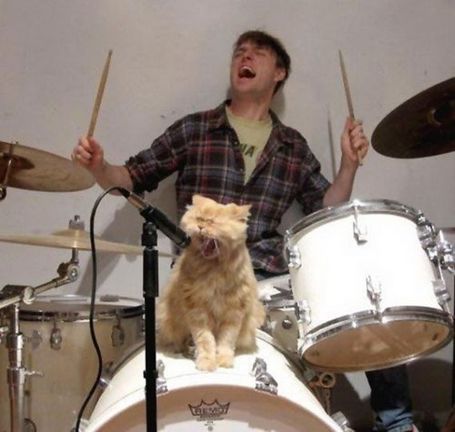 - We all remember the last match against the Wings, which ended up being one of the best games the league has seen this season. Unlike some of our rivals, Detroit are not only wary of the Canucks, but free and easy with the compliments. So, they're the Anti-Blackhawks, basically. The Province

- We know you can't get enough of the 'goalie controversy', so what was Roberto Luongo to do after Cory Schneider sent tongues a-wagging across the NHL Tuesday night? Tell jokes, of course. Fortunately, this time they were legitimately funny and involved zero references to the word 'pump'. The Province

- We all know that Sportsnet's Mark Spector weighed in yesterday, putting himself squarely in the 'Trade Schneider NOW!' camp (personally, given his noted distaste for the Canucks, I still say he has ulterior motives in seeing the Canucks fail at all cost), today, Cam Cole adds his two cents to the difficult decision that may lie ahead for GMMG and the Canucks. Vancouver Sun

- The last time the Canucks and Wings met, Niklas Kronwall was kind of a dick to Ryan Kesler. In keeping with the Canucks preference to stay focused this season, Kes says it ain't no thang. I still think Kronwall might wanna think twice before launching himself at Kesler or any other Canucks player tonight, as he got off light last time. Pro Hockey Talk

- Speaking of the Keslordian One, Our pals at PITB have the latest in the Keslurking craze: A music video. PITB

- In which Cam Charron finally admits 'clutch' is a thing. So he makes a stat to measure it. I love this. and of course, Hodgson leads the way. Canucks Army

- Canucks Army recently recruited none other than Team 1040's Jeff Patterson to their ranks, this morning he looks at the Canucks at the 50 game mark. Canucks Army

THE REST OF THE HOCKEY WORLD:

- Bittersweet news about Mr. Hockey. He was in my hometown of Kamloops last night for a Blazers game, while his family announced that the greatest hockey player of all time (yes, I said it) is now showing signs of dementia, the same disease that killed his wife, Colleen. FAN 590 (h/t PHT)

- That buzzer beater by Drew Doughty? I have a feeling this one isn't gonna make people happy no matter what happens. Here's a nice breakdown of what happened. Puck Daddy

- Scott Howson, Columbus Blue Jackets GM is not too happy, as you can imagine. He lays down the gauntlet to the NHL as it prepares to investigate the matter in a frank and honest appeal for justice. Sure, the Blue Jackets are the laughing stock of the NHL and Howson continues to amaze us all by still being employed, but they truly do deserve better than this. Blue Jackets Official Site

- Meanwhile, the investigation continues as Colin Campbell has already conceded the goal should not have counted. Now it's about finding why the clock stopped. The Globe And Mail

- And while we anticipate the triumphant return of our buddy The Stanchion to Nucks Misconduct next week, here's his breakdown of the video from last night's controversial goal. Magic? Or more of the same in LA? Legion Of Blog

- Puck Daddy's man in Russia, Dmitry Chesnokov tweets that the families of the Lokomotiv tragedy have filed a suit, disagreeing with the findings of what caused the tragic Sept 7 crash. @dchesnokov