Hockey Memes 101 with The Stanchion

Share All sharing options for: Hockey Memes 101 with The Stanchion

Alright folks, it's that time again.....No, not the time to pull out tapes of '82, '94 and '11 and start weeping uncontrollably, it's time to make hockey history folks. So grab your popcorn, hide yo kids, look at the double rainbow outside your window, and let's look at this weeks installment of Hockey Memes after the jump!

Last week we saw the Patrick Kane Carusso meme come to life. We have had whispers of a Dr. Recchi meme coming sometime next week. But this week? This week it's all about Brad Marchand.

To catch everyone up on things, the Montreal Canadiens played the Boston Bruins yesterday, and during the course of the game, two things happened. One, Brad Marchand got called for clipping again, and two, the Habs fans cheered when Chara got hit in the face with the puck.

Those of you expecting Marchand to shut his mouth and say nothing are fools. Sure, it might seem hypocritical for a guy who has one of the dirtiest reps in the league to call a fan base classless, but that is because you aren't seeing the full picture here. Marchand is building up heat, folks. He is using a tactic WWE wrestlers have been using for years, and that is to build up heat, make people hate you, so that eventually, you can make a boatload of money off of a PPV where people tune in to see if you get the crap beaten out of you. (I am assuming Marchand will announce the PPV any day now....)

As a result, I have decided to make it easier for people to recognize this process. I have made for you all a character that will help you see just what Brad is up to. Ladies and gentleman, I give to you, The Iron Marchand.

I will include a template so you can feel free to make your own, but here are a couple of starters. 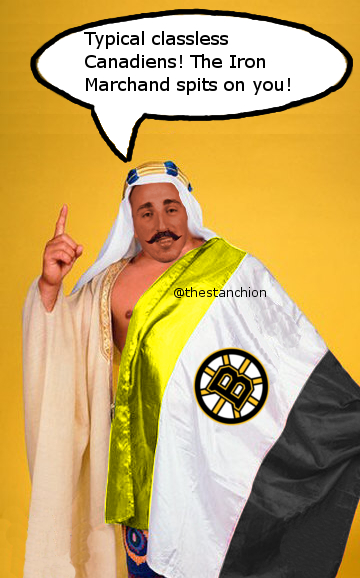 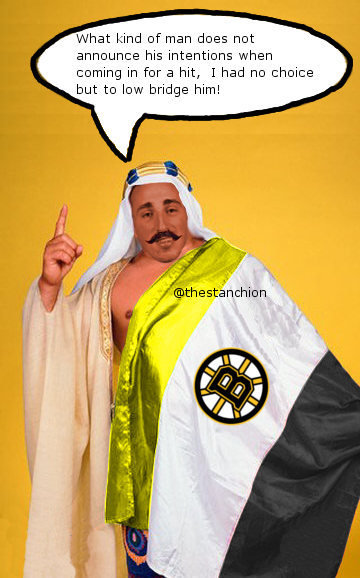 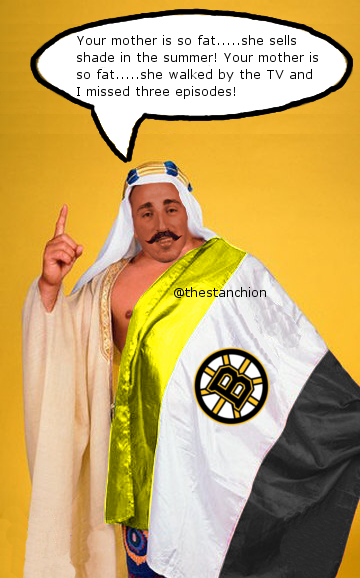 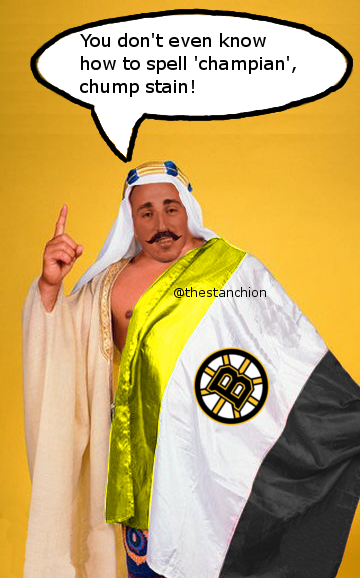 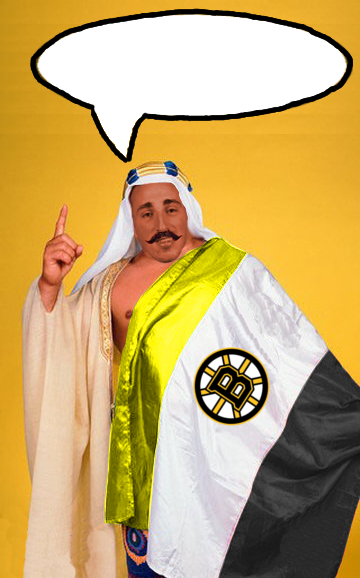