Last night's game was boring. You know what's not boring? Love. And what do we all love? Hockey. Even when it's boring. Here are your lovely links, images, bad Photoshops, out-of-context quotes, wild generalities, and a boatload of videos for Tuesday, February 14, 2012.

Always quick on the draw for recaps, The Vancouver Sun and The Province sum up the shootout win over the Coyotes last night.

After participating in a full practice yesterday, it sounds as if Chris Higgins is on the road to recovery and should rejoin the team soon. [The White Towel]

The Canucks aren't sure yet if Keith Ballard has a neck injury or a concussion, or both. Sidney Crosby is such a trend-setter. [PHT]

The Hockey Central panel discusses the possibility of Mason Raymond being moved this month. [Sportsnet]

Harrison Mooney hates creepy NHL memorabilia, and here's the proof: Exhibit A, and Exhibit B. 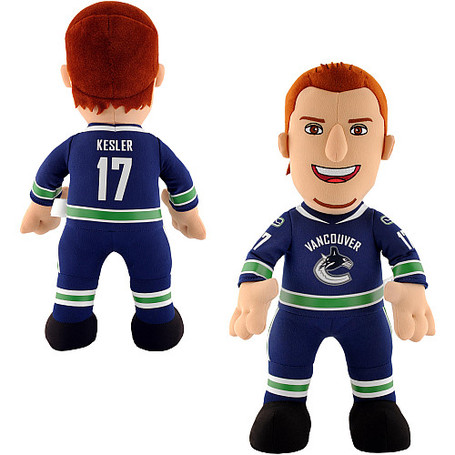 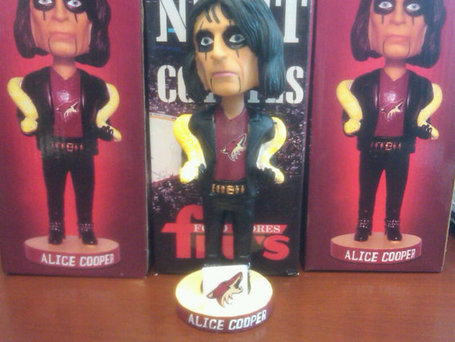 Read as The Stanchion leaks upcoming game updates for NHL 12. "I wonder if Jason King ever plays NHL 12 and puts himself on a line with the Twins and then just starts crying..." [Legion of Blog]

Jeff Paterson thinks the Canucks should be looking for a defenceman to play ahead of Sami Salo on the depth chart, who hasn't quite been the same since the Marchand hit. [Canucks Army]

Mike Duco is making a strong case to remain on the roster for the rest of the season, and Canucks bloggers are backing him. First, Thomas Drance, then Harrison Mooney.

CHBTV got a chance to talk to Jim Robson and Trevor Linden over the weekend at the Hockey Day in Canada festivities. Very cool! [CHB]

Reviewing and previewing where the Canucks are at right now in the season. [CHB]

Zach Rinaldo has been suspended 2 games for a charge:

Dominic Moore has been fined a cool $2,500 for an illegal check on Rusland Fedotenko:

Mike Comrie has retired from the NHL. I still remember a kid back in middle school telling me he was going to be the next Gretzky. Hahahaha. [National Post]

It was a record breaking Hockey Day in Canada for CBC this past weekend. [Puck the Media]

Mike Milbury with a Milburyish rant on elbowing. [PHT]

Don Cherry listens to Deadmau5 in his black 1983 Lincoln. [CBC]

Puck Daddy chats with John Tavares, who talks about committing to the Islanders.

In Vancouver, we Embrace the Hate. In Pittsburgh, they Embrace the Bandwagon. [SB Nation]

The frogurt is cursed in Montreal: