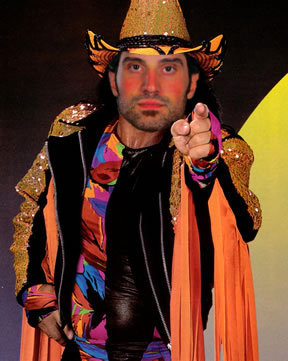 This is easily one of the most positive Chicago Wolves’ updates I’ve written. The Wolves are coming off of an amazing weekend. They played three games the last three nights and won all of the games in regulation. Usually when these weekends occur we get one night of great hockey, one night of mediocre hockey and one night of unwatchable ice skating that makes everyone in the crowd cringe. This weekend was different, as was the result, and now with a 6 point weekend the Wolves are in a position to contend for the division lead.

It has been a little while since the last update so I’d like to focus on some of the recent player stories.

Mike Duco – Mike had a hat trick on Friday night against Peoria and earned himself a call-up to the big club for tonight’s game in my hometown down in South Florida. Though I think his ice time will be limited, I’m pretty sure that Vancouver fans will enjoy the way he plays solid two way hockey with a nice physical edge.

Byron Bitz – Byron played two out of a possible three games this weekend, I believe in an effort not to rush someone in to a 3 games in 3 night situation after a nearly two year layoff. He scored in his first game back and had a nice assist in last night’s game. He’s been good since coming back, not tentative at all, and great using his big frame to screen the goalies. I expect to see him up with the Canucks sooner rather than later. Speaking of his injury layoff, the last time he saw hockey action he was playing for the Florida Panthers and his center was none other than current Wolves teammate, Steve Reinprecht.

Ryan Parent – Ryan just got back from representing Team Canada in the Spengler Cup. Canada went 1-2 and was eliminated by Wolfsburg and HC Davos won the cup. Ryan had one assist in three games.

Chris Tanev - NEEDS A CALLUP, he has been playing incredible defense, has 12 assists and +7 in 22 games. It's sad to think he won’t be in Chicago for long.

Player of the week – By a very slim margin over Steve Reinprecht, I have to give player of the week honors to Mark MACHO MANcari. Mark paced the Wolves with 6 points (2 G 4A) over the weekend, and is now up to 30 (14-16-30) on the season putting him behind only Darren Haydar on the Wolves.

Coming up this week – The Wolves have a Wednesday morning game against Rockford, last year in the school day game, there were numerous fights and led to quite a few entertaining complaints from appalled mothers. After the Wednesday game they have home games against Milwaukee and Lake Erie on Friday and Saturday night. The Milwaukee game looms large as they’re currently one point behind the Wolves, but have two games in hand.

For all of you who live in the Vancouver area, the Wolves will be in Abbotsford to play the Heat on January 24/25. Looking on the Heat’s website tickets start at $20, so pack the house and root for the Wolves, it will give you a chance to see some of these talented prospects in person and to cheer AGAINST the baby Flames.