Morning Buzz: Canucks close to claiming comrades, the Rangers are a contender, and the Seattle Coyotes?

Share All sharing options for: Morning Buzz: Canucks close to claiming comrades, the Rangers are a contender, and the Seattle Coyotes?

While the country mourns another disappointing World Junior result, remember this: that Russian team had two players on the Lokomotiv plane that crashed in September — the biggest tragedy in hockey history — so it's an understatement to say they deserve a little good fortune. It was a hell of a comeback attempt by Canada, but ultimately wasn't meant to be.

Moving on, we have the greatest league in the world to watch on a daily basis, and our favourite team is one of the best in it, so chin up and click some links!

First, a funny story about last year's World Juniors. I was at a bar with friends watching the gold medal game between Canada and Russia, with Canada up 3-0 in the 3rd period. A reporter from CTV was there doing his game story, a friend from media school. He decides the game is over and wants to interview me for his "fan reaction" as if Canada just won gold so he can get out of there. It felt wrong, but I did it, and immediately after we watch Russia score 5 goals to win. He has to re-interview me after the game, while my friends are livid, blaming him for the collapse. The lesson here kids is "don't be lazy", especially when it comes to Junior hockey. 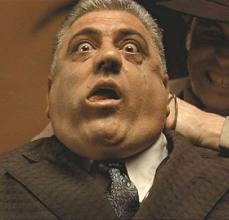