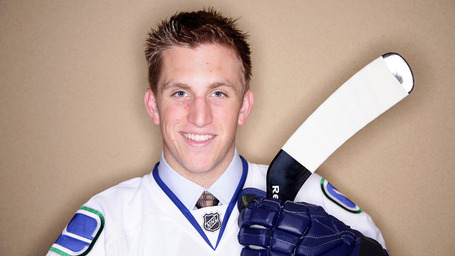 The Chicago Wolves dropped all three of their games played this week, putting them into a tie for second in the division with the Milwaukee Admirals who hold two games in hand, and 6 points behind division leader Charlotte, who the Wolves have two games in hand over. The Wolves have lost four games in a row coming off the heels of a five game win streak and things don’t seem to be getting easier with two games against the Abbotsford Heat this week.

Last Wednesday against the Stars, Nathan Longpre got the scoring going early in the first only to see Texas answer back just over two minutes later. In the second period the Wolves again struck early on a goal by Jordan Schroeder, and subsequently surrendered the next 3 goals to head into the 2nd intermission with a 4-2 defitcit, they were able to cut the game to 4-3 with about a minute to go, but it wasn’t nearly enough. Eddie Lack took the loss saving 26-30.

Friday Night was a tough one for the Wolves, a snowstorm hit, and I can only imagine how fun it was for the Wolves to drive to Rockford in that weather. The time of the game was pushed back an hour, and the Wolves just looked flat going down 2-0 in the 1srt period. They were able to tie the game before Ratislav Olesz put the go ahead goal up and Rockford held on during the final scoreless period to win 3-2. Matt Climie took the loss in this one stopping 22-25.

Saturday night brought a crowd of 15,920 to the Allstate Arena, a crowd which would make the Phoenix Coyotes envious. Icehog Ratislav Olesz opened the scoring putting the Wolves down 1-0 before Kevin Connauton answered to tie it and Tim Miller would put the Wolves ahead 2-1. The Icehogs scored the next two goals in the 3rdperiod to win 3-2 for the second night in a row.

Obviously not one of the best weeks for the Wolves but I think they’re a good solid team who just had a bad week. I don’t see any reason why we wouldn’t be seeing some AHL playoff hockey in Chicago this year.

Chris Tanev – We miss you. <----- My this was my original text, obviously its a moot point as he gets to make the short trip to abbotsford to rejoin the Wolves

Player of the week – Jordan Schroeder – 2G 2A in three games – Jordan had a great week, you’ll never see me complaining about a player who is averaging over a point per game for a week. He has the skills to be a nice player, and echoing what Mike Gillis said earlier in the year they just need him to be more consistent.

Coming up this week – Canuck fans living in Vancouver, go support the Wolves this week on Tuesday and Wednesday night as they play the baby Flames in Abbotsford. You get a two-fer, you can cheer against Flames prospects and cheer for your future Vancouver Canucks. After Abbotsford, the Wolves will play at Milwaukee Friday Night.