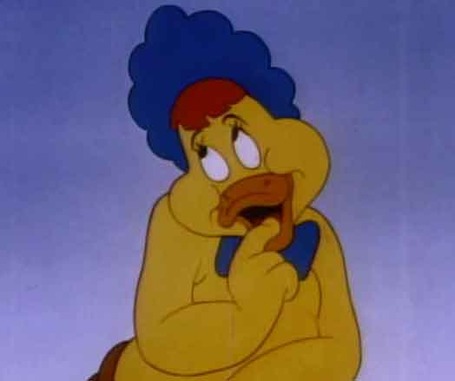 What the hell happened to the Anaheim Ducks? Their Stanley Cup win seems so long ago now that one has to verify online that it actually happened. That's how bad this Ducks team has become. If it weren't for the sheer and utter hopelessness of the Columbus Blue Jackets, the Ducks would be the worst team in the NHL. They fired coach Randy Carlyle in an attempt to salvage a season going nowhere, bringing in Bruce Boudreau, a polar opposite in terms of style from Carlyle. While the Ducks have managed points in 7 of their last 10 games, they're still not even close to clawing their way out of the basement. GM Bob Murray recently declared that the team was 'open for business', and it won't be a surprise at all to see at least one of their star players moved. Murray said that only Teemu Selanne and Saku Koivu were untouchable, but you have to think that Teemu wouldn't mind ending his career with a run for a cup.

The Canucks return home from a pretty successful road trip, winning 3 of 4 and slaying some dragons in the process. The win in Boston was not going to change what happened in June, though moral victories are always nice when you can get them. It was a costly win because of the loss of Sami Salo and Andrew Ebbett, but they will get David Booth back tonight, adding more speed to an already hard skating lineup. Booth has been out since the knee on knee hit from Kevin Porter of the Colorado Avalanche back in early December.

Roberto Luongo will start tonight and with a win will become the all time leader in wins by a Canucks goaltender, passing Kirk McLean. Hopefully this win will see him pass Dan Cloutier in the respect from Canucks fans department. McLean was a great goaltender, don't get me wrong. Roberto Luongo is one of the best goaltenders of this generation, and the ever pessimistic Canucks fan base may never give him the respect he truly deserves. I know that he has his moments, but I truly believe that this team will win a Stanley Cup with Luongo in goal, and it may well come this season.

The rumour mill has seen numerous Ducks mentioned as possible targets for teams as the Ducks look to blow things up and start over. One of these names is the reigning NHL Hart trophy winner Corey Perry. Some of these rumours even had Perry heading to the Canucks. I am not sure what to think of this one. Perry's an extremely skilled player, that's obvious. But his mentality towards the game, and penchant for cheap, dirty play bothers me a lot. Being an agitator is one thing. Being one of those guys that sucker punches people, and takes a ton of after the whistle penalties in another. It's amazing Perry scores as much as he does with the amount of time he spends in the box.

So while the Ducks may be showing signs of life, it's likely in their best interest to not fall into the Calgary trap. If you're gonna blow it up, blow it up. Stop taking a few wins as a sign things are better. Calgary has been doing this for a few years now, dishonouring their fans by telling them year after year that the team is a contender, only to miss the playoffs. They trade away valuable, much needed draft picks for overpaid and overrated players that have done nothing to help them. Jarome Iginla's star is fading, as is Miikka Kiprusoff's. Jay Feaster is doing exactly what Darryl Sutter did that led to his firing: trying to peddle a below average team to their fans as a team with a shot at not just making the playoffs, but making a dent in a Cup run. Both of these teams will be on the outside looking in, hell the Ducks were lucky to make it last season as it was. The sooner they begin an honest to god rebuild, the better. One needs only to look to Calgary to see the perils of holding off on it and lying to the fans about your team's chances.

The New York Rangers slid into 1st place overall last night with a 3-0 win over the Toronto Maple Leafs, extending their lead over the Boston Bruins to 3 points. Rangers bloggers are dealing with the perils of life at the top, pondering which of their young guns will be sacrificed by Glen Sather as the Blueshirts prepare to make their first legitimate Cup run since 94. Right now, the Rangers scare me more than Boston. The Bruins aren't perfect ladies and gentlemen, despite the efforts of their media to portray them as such. One only needs look at another loss to the Carolina Hurricanes to see this. It warms my heart to see Tubby Thomas' .850% in that loss, in a game where the Bruins outshot the Hurricanes 35-21. The battle of the Sutter brothers last night was a rather one-sided affair, as Darryl and the Los Angeles Kings went into Calgary and handed brother Duane and the Flames a 4-1 loss... The St. Louis Blues kept pace with the Canucks via a 3-2 SO win over the Minnesota Wild. The win kept the Chicago Blackhawks from backing into 1st in the Central Division after their 3-2 OT loss to the Detroit Red Wings. Ottawa continues their miraculous march up the standings with a win over Montreal in the SO. The Sens now sit one point behind Boston for first place in the Northeast Division. It's amazing to think the Sens could host a first round playoff series when nearly everyone had them pegged at the bottom of the Eastern Conference in their predictions. It's certainly looking like Paul Maclean is the front runner for the Adams trophy if they can keep this up...

When you think of metal from Europe, you simply aren't thinking of Switzerland. And while this country has brought the metal world a couple good bands, the biggest contribution came from Celtic Frost. A massive influence on black and death metal acts, their avant-garde approach inspired many acts over the years. I was fortunate enough to see them on their last world tour, and it was everything I had hoped it would be. This song was the first of many to make the metal world sit up and take notice. From 1985's "To Mega Therion", here's Circle Of The Tyrants.