1st in the Northwest, 1st in the West, and 1st overall.

The Canucks are tied for the most games played (45) in the league with Ottawa, Calgary, Colorado, and Carolina. They've been playing a lot of hockey games lately. But things are about to even out for them, as they spend the rest of the month at home and only play 5 games over the next 19 days. These are the dog days of the season, and this mini-break couldn't come at a better time, as while the team has been picking up points, they've looked gassed for a few games now and need to get healthy.

Today in Canucks history: [Jan 13, 2004] The Canucks won their eighth consecutive road game establishing a new club record. The previous record of five straight wins on the road had been accomplished five times. 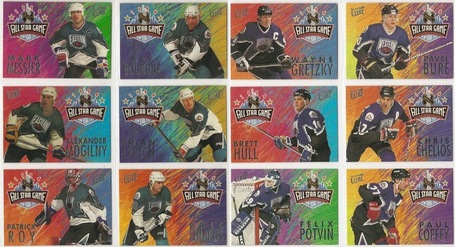 Today in NHL history: [January 13, 1961] Kelly Hrudey was born! Why isn't this a national holiday?