Share All sharing options for: And Boom Goes the Dynamite (Tuesday Links)

Well folks, the long weekend is over. You know what this means? This means many of us will be going to school, back to work, or if you're Tiger Woods, drying your tears on your favorite strippers hair extensions. Many of us in Vancouver will be equally bitter about the recent blast of amazing weather hitting us in September instead of during the summer. Nothing quite says Vancouver like "Hey, look what you could have had. But you can't have it. Go Boston."

But if there is one positive to be had after the labor day long weekend, it's that we are that much closer to hockey. We are that much closer to designating the next Gretzky on the Canucks based on a handful of exhibition games. For those of you who follow me on Twitter, you'll know that due to my busy schedule, I have decided to pre-book my "Next Gretzky" and have thus chosen Mark Mancari as the next big thing. I will be pumping his tires all training camp long, and will be equally crushed when the Canucks don't see the potential in Mancari that I do. CAN'T YOU SEE GILLIS?? MANCARI! HE JUST NEEDS TO PUT IT ALL TOGETHER! HE IS THAT CLOSE!! OK SO I WAS WRONG ABOUT DRUKEN, BUT I'M NOT WRONG ABOUT THIS ONE!!

Anyways, with that being said, I hope you all have a Mancari of a day (read: wicked and unstoppable). But only after you read the latest news making its way around the hockey world!

Also, since I was accused of being too "pro-lady" on my last article by Nucks Misconduct reader 'westy99', I have to put in something for the guys. Sorry ladies. 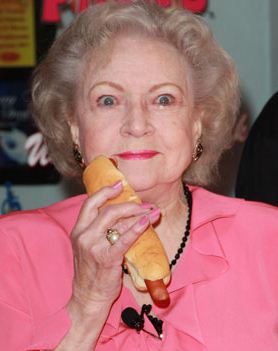 NHL News and Notes:
Off the Stanchion Link:
Video of the Day:

The aforementioned Enrico Ciccone gets backhanded in the face by Rob Ray. Best part of the video? The announcer throwing in a "BO-O-O-O-O-OING!!!!" sound effect for the possible concussion. Man, could you imagine if we had that today for Crosby's headshot? Mind. Blown. "And Crosby skates down- BO-O-O-O-O-O-O-ING! He's down!" *insert clown whistle*

I am running out of gif's, but I still have a few good ones left up my sleeve. Watch the power.......the power of Kes Skull!