And Boom Goes the Dynamite (Now with more pre-season hockey)

Share All sharing options for: And Boom Goes the Dynamite (Now with more pre-season hockey)

It's time! It's here! No more sleeps! We have pre-season hockey to break down tonight! Woooooooooo! The AHL got their pre-season started tonight when the Sens took on the Leafs, but the NHL action happens tonight! (Hey might as well take our shots now while we can).

Tonight, as Sean so lovingly went over, detail by detail, hair thread by hair thread, is tale of two games. One is a tale of cows and poop, and the other is a tale of rain and cappuccinos. No no, I won't make the easy poop and Aaron Rome connection (Seriously one day he is going to beat me), I am talking about two games tonight between Calgary and Vancouver. And while many of you are excited about the home game, getting to see the wily veteran Owen Nolan and seeing how much gas he has left in the tank, and many of you are excited about seeing Marco Sturm, and seeing how well that duct tape is keeping his knee together, what you should be excited about is the game in Calgary. Why you ask? Because that's when the pre-season champion Mark Mancari takes to the ice to showcase his skills. The champ. Is here.

Now many of you have been asking me, 'Stanchion, how can you speak if you're a piece of metal?' And after you ask that question, you've asked, 'Stanchion, why the man-crush on Mancari? What has he done to deserve this attention? Did he pay you? Because I'll pay you. I'll pay you to make the jokes stop. DEAR GOD PLEASE MAKE THE JOKES STOP.' Well first of all Aaron Rome, you can't pay me enough. Secondly, well, let me tell you why I am supporting Mancari to make the Canucks.

Read more after the jump!

1) The dude stands up for team mates 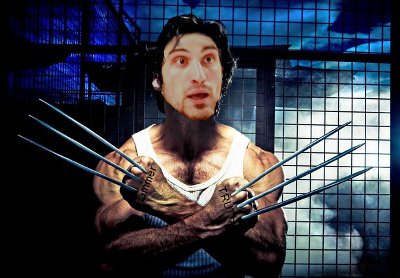 Probert he is not, but if you take a run at somebody when Mancari is on the ice, he'll do something about it. Maybe he'll chat about the weather with you. Maybe he'll chuckle and tell you to 'run along, scamp.' Or maybe he'll start to drop Hammers of Truth (His left hand is named Hammer, his right hand, Truth) down upon your sorry ass for trying to mess with his team mates. The point is, he might not fight all the time, but if liberties are being taken, he'll step in and take care of you. And this isn't a 6"0 middleweight we're talking about, Mancari is a big boy at 6"4, 225 (228 if he's had pizza that night) who knows how to handle himself. Again, not an expert on fighting, but he can do some damage. Let's put it this way, if Brad Marchand was trying to hand out the SIX PUNCHES OF DOOM to Daniel Sedin, Mancari would be showing Marchand the "ONE FIST OF JUSTICE" right to the face. 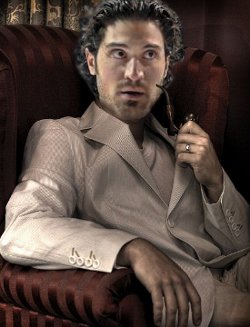 Let's face it, some players have a prima donna attitude about them. You just know that going for a beer would end up with them storming out because their Perrier water wasn't chilled to the right temperature and they were served a lemon wedge instead of a lime wedge, because come on, lemon wedge's are so 2008.

Mancari, though, seems like a down to earth dude who could share some good war stories with you. Whether he tells you about the time he ripped a 102.8 MPH slap shot to win the AHL's hardest shot challenge (Still the record, though by now the story has grown into how he was saving three orphans from a fire, fighting off a wild bear, and preventing the launch of a nuclear weapon, whilst taking the shot), or about the time he scored his first goal against the Islanders (Again, his telling of this story involved orphans, bears, and nuclear weapons....he might actually be Jack Bauer....), Mancari is a guy who is easy to pull for. And born in Canada, you know he would kill to have his name on that Stanley Cup. Meaning he would probably take the loss on said orphans if it meant winning the Cup. 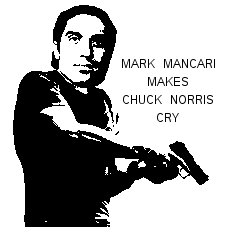 The Canucks have a long history of rewarding players for their hard work. Look no further than Alex Burrows, the poster child of hard work, to see how this organization does a good job of letting players earn their keep. Wellwood was given a shot here, and he managed to keep his NHL dreams alive. Tanner Glass was almost out of a career before the Canucks rescued him and he's in his 3rd year of solid playing time. (Tanner used to be a team mate of Mark's. So did Mike Duco. Though now Duco is competition and therefore must be stopped.) Mancari is sitting on that AHL bubble, trying to break through and get a solid NHL job. Mark has a real good chance here to catch on with a good team on an open spot on the 4th line. He might not get a ton of minutes, but this is Alain Vigneault we're talking about. This means Mancari will get time manning the point on the powerplay before Keith Ballard sees time there, so if Mancari continues to bust his ass, he will get a chance to showcase his skills. Remember how Chicago killed us with their size before last year? It wasn't just the size, it was the fact their size had some talent. And while Mancari won't be scoring 50 goals anytime soon, if we can get a 15 goal guy out of our 4th line, who can lay out the hits, and has a registered weapon for a slap shot (Legally he has to declare his slap shot at the border)? Well, that's the kind of guy I can get behind.

Now I know Mark has a ton of competition to make the team, and he might not make the Canucks. But I am hoping he puts it all together and completes part of the puzzle that has been the Canucks 4th line for several years now. Besides, the guy looks like Luongo. Worst case scenario we dress him up as Lu for PR events so Luongo can rest.

Sean stole some of my thunder....so I will attempt to find some eclectic Canuck news: 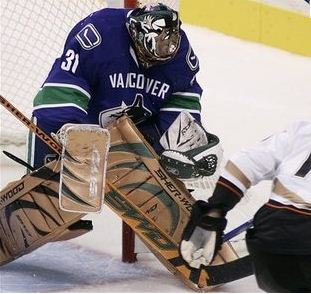 He played in net for the Sabres. The more you know! [Yahoo Sports]
Off the Stanchion Link/Video of the Day:

I present to you the joy of YouTube comments. If you show even a smidgen of confidence or heaven forbid, cockiness, they will bury you. The video is titled "Best Slapshot Ever?" and the username is "BeyondSkill". Just watch as the vultures circle in for the kill. Read the comments and grimace. If this was a troll video, well played.

bullet slapshot almost knocks the net over (via BeyondSkill)