Share All sharing options for: And Boom Goes the Dynamite (Tuesday Links)

It's Tuesday. It's late at night. I have to work early in the morning. Which can only mean one thing? This can of coke has to keep me powered for the next hour as I construct a pantheon of words for you to travail through on your Tuesday morning! Regard this post like you did when you saw the new Indiana Jones...curiosity that quickly turns to mounting horror that you force yourself to swallow and forget about based on your respect for my past work.

Alas, I do not have any Aaron Rome jokes tonight. I feel sick to my stomach about it, I won't lie. That being said, let us all bask in the glory of LAZER RAFFI and get on with the stories!

Also, apparently the Province headed back to work today because they pumped out a lot of articles. And in the Summer Links world, this is what we refer to as "OH DEAR GOD YES SWEET SWEET CONTENT." 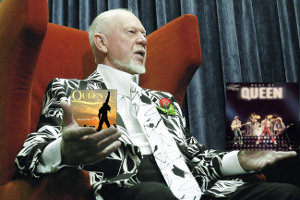 
Video of the Day:

A Dallas fan has his entire week made as Naslund fails on a penalty shot against Turco. Psst, heads up buddy, Naslund managed to bring the puck with him this time. That's called a win my friend. Suck on that buddy.