Share All sharing options for: On the ground in Vancouver: Days 2 & 3 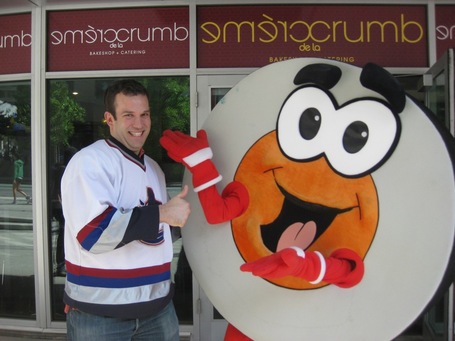 Not surprisingly, the city felt quite subdued the day after Game 3. A grey, rainy morning did nothing to help my mood, and I laid low in East Van for most of the day. Yesterday I went wandering downtown before Game 4 started. This picture was taken in front of the CBC building. My six year-old self is extremely jealous that I met Peter Puck.

After the jump: more from the CBC street party, some pics from Granville street, and a local strip-club gets creative in its marketing. 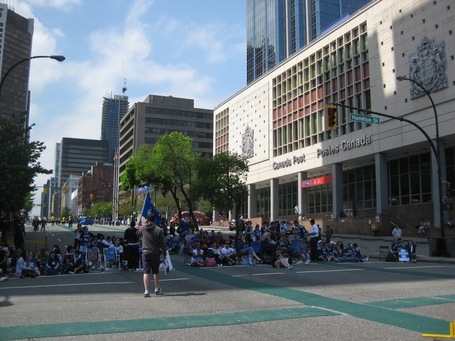 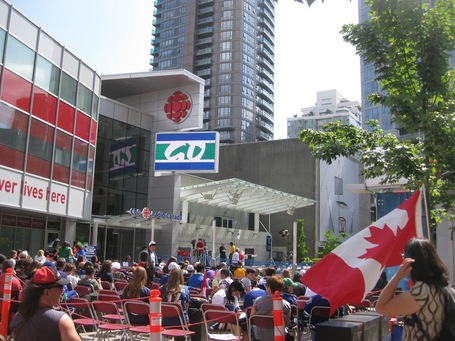 2.5 hours before faceoff, and the street viewing party was already filling up as fans were staking out the prime seats on West Georgia Street and in front of the CBC building on Hamilton Street. There was a good atmosphere - lots of families, lots of excitement, and, of course, Peter Puck! It was weird to see in person a site I have seen on TV so many times during these playoffs. 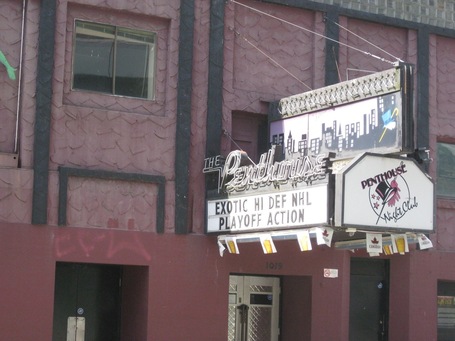 This made me laugh. I can't imagine strip clubs do too much business while the game is on, but then again who could resist "exotic" hi def hockey action? I did not explore further, though, judging from the crowd of jersey-clad smokers lingering outside two hours after the game, plenty of other Canucks fans did. 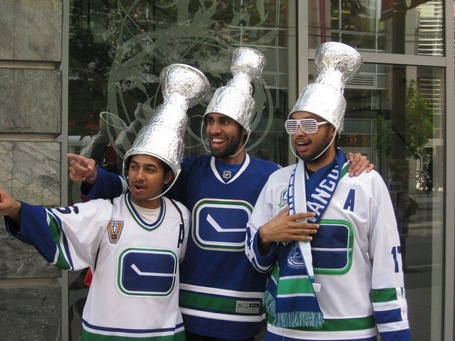 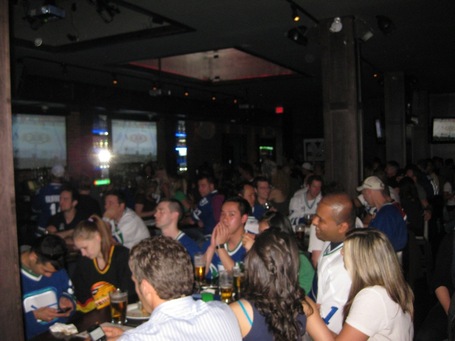 This bar on Granville was almost full by 330pm, and packed to the rafters by game-time. Having charged a $10 cover to fans about to buy copious amounts of food and drink, I'd imagine the owners will be retiring shortly after these playoffs are over. 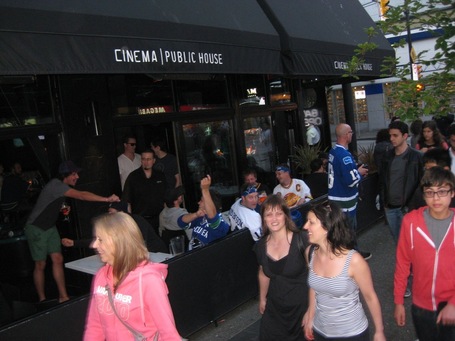 And finally, despite the loss, many fans took advantage of Granville Street being shut down to linger after the game. Even nearly two hours after the game, when this picture was taken, the guys on the patio were cheering, singing, and generally enjoying themselves. Overall, I thought fans' spirits seemed quite high despite the loss. Hopefully we all have something much more to cheer about after next game!

Okay, that's it for the second and third day of my trip. If/when the Canucks win a game, I should have much more interesting pictures/videos to share with y'all! For now, this is about as exciting as it has gotten.