On the ground in Vancouver: Day 1

Share All sharing options for: On the ground in Vancouver: Day 1 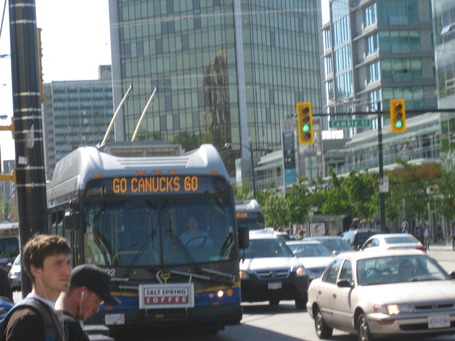 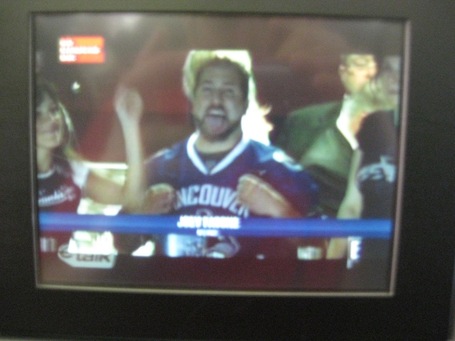 This is a screen grab from the live TV on my WestJet flight. As I flipped through the channels I couldn't help but notice how almost every TV station, bar the Space channel or Home and Garden TV, managed to work the Canucks in somehow. This was from the E! channel, which apparently has gotten Canucks fever as well. My flight was pretty entertaining. I sat next to two Canucks fans who were decked out in gear on their return flight from a wedding. Apparently they, and a few other attendees, tried to subtly sneak out of the reception to watch Game 2 without the bride noticing. I noticed quite a few other people wearing Canucks gear, but didn't get a chance to speak with them, We had a very amusing flight attendant, who announced at the start:

Welcome aboard your WestJet flight to Boston [at which point I booed loudly, but nobody else did - awkward]. If you look under your seats you will find tickets to tonight's hockey game. Just kidding. I'm sorry, I've been watching too much Oprah lately.

And with that, I was off on my Vancouver adventure! 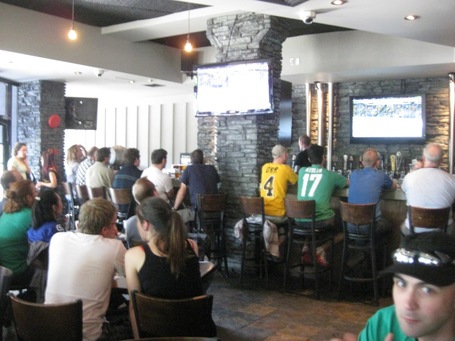 I went straight from my flight to the SkyTrain, so I could get to the bar in time for faceoff (I made it with about 15 minutes to spare). I watched the game at St. Augustine's pub near Broadway/Commercial, unfortunately two days too late to meet a bunch of NMers. The guy in the Orr shirt was the only happy patron in the place. Who let that bum in, anyway?!? 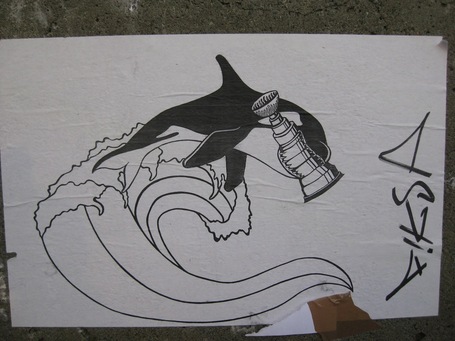 Some cool art work pasted to a wall in East Van. Not sure if it's a stylistic homage to this famous piece of Japanese art. 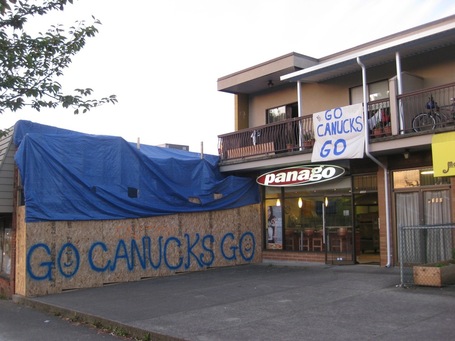 And finally, when life hands you lemons construction sites you make lemonade Canucks grafitti. This was seen on Nanaimo Street in East Vancouver.

Okay, that is it for Day 1. I will post more in the next couple days to bring you the sights and (assuming the video feature on my camera works okay) sounds of Vancouver. Hopefully (knock on wood) this will include some downtown party scenes following Game 4!