Monday Stanley Cup Coffee - A little something to nibble on...

Share All sharing options for: Monday Stanley Cup Coffee - A little something to nibble on... 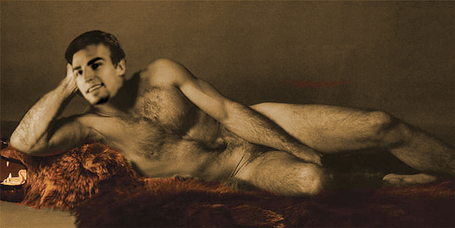 In a playoff run that has seen some pretty surreal moments, the way Alexandre Burrows ended game 2 after just 11 seconds in OT has to rank right up there.  And yet for anyone that's followed this team, that goal is pretty much a PR shot for Burr.  The gritty, never say die attitude that has seen him take his game from the ECHL to within 2 games of raising the Stanley Cup.  After an incident that's turned him into some kind of WWE-style heel, in true 'sports entertainment' style he brushed off the criticisms and thrust a dagger to the hearts of his foes.

'Bite-gate' as it is referred to has been discussed to death by media and fans across the world.  But is the outcry over this justified?  Was it necessary for NBC's Mike Milbury to tell viewers that Burrows should have been suspended every opportunity he got?  Or is this another instance of today's media-saturated culture that not only provides more coverage, but also gives the fans a voice unlike the past.  And is that always a good thing?

Herein lies the key, folks.  As bad as the incident was as far as it being disrespectful, it really pales in comparison to the kinds of things that have actually gotten people suspended in the late rounds of the playoffs.  Boston fans and some of their media would settle for nothing less than the public stoning of Burrows, and for what?  An abrasion on Patrice Bergeron's finger?  I could understand the kind of venemous hatred being spewed if this were an incident similar to Colorado's Claude Lemieux on Detroit's Kris Draper, or Dale Hunter on Pierre Turgeon level of stupidity and viciousness.  But this was not even the most serious bite the NHL's ever seen.  Boston's hardly a team to comment on biting as it is, as Marc Savard (who is out with concussion-related symptoms) has been involved in a couple biting incidents, one of them seeing him suspended for 1 game when he was a member of the Atlanta Thrashers.

And while some people found Canucks' C Maxime Lapierre's glove-in-face taunt of Bergeron funny (okay, hilarious even), others reacted like, well... Mike Milbury.  Others took it further still.  One Bruins blogger offered up these gems.  Great stuff, there.  After all the hullabaloo about the female flasher in the series against the Sharks giving female hockey fans a bad name, I would say this is far more damaging.  What it all boils down to is this: as tense as things get, and it doesn't get any crazier than the Finals, this is still just a game.  There's a line that you don't cross.  And those comments are way overboard.  We all have our passionate fan moments.  I know I do.  But you have to keep it in perspective.

The Boston Bruins have more to worry about than Lappy's taunt.  They're down 2-0 and with all due respect to the Bruins, this is not the Montreal Canadiens they're facing off against.  They likely will win Game 3 of this series, but with word that the Bruins may insert Shawn Thornton into the lineup, you can't help but think they're going to try something else that worked against the Montreal Canadiens earlier this season.  Win or lose, I am calling the Milan Lucic suckerpunch now.

It's been joked about for a while now, but it really is beginning to look like Roberto Luongo will need to cure cancer in order to get the kind of respect being shown to the goalie whose team is 0 and 2 in these Stanley Cup Finals.  Though some are giving the Vancouver netminder the praise he deserves, others still see him as the 2nd best goalie in this series.  Then again, when he raises that silver chalice above his head, I don't know if he will care too much about that.

Dan Hamhuis has made the trip to Boston as you may have seen posted earlier, and was noticeably not limping, leading to speculation he could find his way back into the lineup.  Given the mental errors made by Aaron Rome in Game 2 and the impressive showing by Andrew Alberts, you'd think he would be in and Rome out for Game 3.  Unfortunately we as Canucks fans know better than this.  I guess we'll wait and see, but if there's a weak link on the back end right now, it's Romer.

When Slayer left Metal Blade Records and signed with Rick Rubin's Def Jam Records, heads turned.  In their short existence Slayer had become one of the biggest bands in the metal underground, and Def Jam was for all intents and purposes, a rap label.  In October 1986, they unleashed Reign In Blood, and the metal world has never been the same.  Clocking in just under 29 minutes, this album is not only one of the finest thrash albums ever created, but many consider it heavy metal's shining moment.  Each song goes for the jugular, no filler to be found here.  It was at it's release, the heaviest, fastest, most vicious album out there.  And this classic album holds up well, these songs still major staples in the Slayer live catalog.