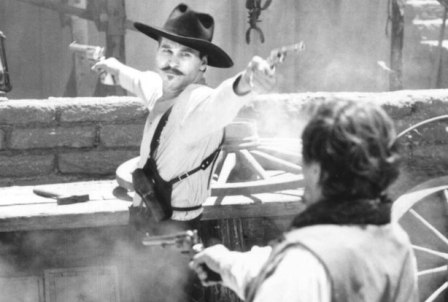 Did You Know: At least fans with the pee problems have medical options.

Welcome to the biggest hockey game of your life. If you're not tense yet, that means you're already dead.

Seeing the Cup tonight won't be easy. Julien can paste Chara on the Sedins to his heart's content. He'll have his shot at getting Ference and Boychuk away from Kesler and Krejci's line away from Bieksa. Spurred by the game five loss and in front of their home crowd, let's just say Boston will be finishing their checks. With no guarantee for tomorrow, Boston should be firing everything and anything so the Canucks defense - which was quietly efficient on game five - will have to hope that ethic carries over. The D has to keep their shots to the outside and give them nothing up front. It was nice to see the Edler from game five in lieu of the game three and four version. If the defense wilts, if they are pressured into mistakes or decide to collectively play with their head up their asses, it could get ugly for Luongo.

Up front we know it's a new day if the PP works or if Sedins can get going, but even if the twins can get some decent looks and keep Thomas moving, we'll take it. The Kesler and Bergeron lines continue canceling each other out and the fact Kesler himself is skating on one and a half legs means it's hard to see some production coming out of #17. So unless Ehrhoff or Salo can their blasts through we end up with the focus on the pluggers again: the cast of third line vagabonds who have added two game winners this series. If they focus on the skating and driving hard to the net, that alone may be the difference. Think about this: Lapierre leads the Canucks in shots this series (16). Guys were talking about how Lapierre "wanted" the game five win. You know who's giving the heart to heart before the Canucks hit the ice tonight? Raffi Torres. Yes, public enemy number whatever. It underlines the main narrative: it will take one of Vancouver's best all around efforts to coax Stanley out from his crate tonight.

Win today and we walk together forever.

It's taken forty years to get here, searching for the fourth win of the fourth round for the greatest trophy of them all. Tonight there will be a chance for that one play that's seared into our collective mindset, the one opportunity that defines this journey, the one celebration that reduces these warriors to boys and the one moment that propels this franchise over the top. This is the hockey we've been waiting for.