After All These Years, God’s Not Going To Take A Call From You: Canucks & Predators - Game VI

Share All sharing options for: After All These Years, God’s Not Going To Take A Call From You: Canucks & Predators - Game VI 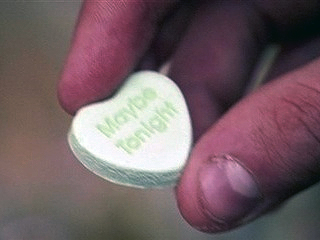 The Big Salt Lick: On the Forecheck

Did you know? Before Vancouver's attempt to keep the Preds winless in their own barn, there was an actual Battle of Nashville?

The Predators and Canucks share at least one thing in common aside from hating Corey Perry: they're used to the hard way. It may be tough for an outsider to understand that for a Presidents' Trophy winner, but if the regular season had any applicability on reality right now, Vancouver wouldn't be 14th in goals scored for starters.

It's not a slight against Nashville to admit Vancouver gifted them a few goals in game five; it's the playoffs, good teams create their own luck as Caledon Hockley would probably say if he was, you know, real. There's a game six because they're finishing their chances and Vancouver is blowing theirs. From open nets to bad passes and everything in between, the Canucks had had the lion's share of missed opportunities the last two games alone, but cough up a puck on the PP or in their DZ and it's suddenly behind Luongo.

If this series is going to end positively - to speak nothing about preparing for the rounds ahead - it's time for everyone to embody what Ryan Kesler's face looks like: sacrifice, battle-scorned and smirking from success. The plot points like splitting the twins, pairing Rome with Ehrhoff, can Higgins still move his pinky toe or who replaces Samuelsson on the 4L pale in comparison to the collective resolve of hard work and greasy goals, the same tenets AV was preaching after game two which oh by the way was when Kesler flipped the beastmode switch on.

For the fourth playoff series in a row we'll reiterate our call to adventure: are the Canucks a paper tiger or sleeping dragon?

If I may borrow a Trotzism for our needs: We have to go home. Let's make sure they aren't joining us.

Michael: I think they are too young to get involved that seriously.

Rev. Veal: My wife and I were about the same age when we got engaged.

Michael: [Glancing at the reverend's wife] Well, yeah, you've gotta lock that down.

Each and every one of you pulling the Orca over your face: earn this (even SOB is saying it). That knock on the door is destiny again and she won't be knocking for long.