I Don't Have The Milk Of Mother's Kindness In Me Anymore: Canucks & Predators - Game IV

Share All sharing options for: I Don't Have The Milk Of Mother's Kindness In Me Anymore: Canucks & Predators - Game IV 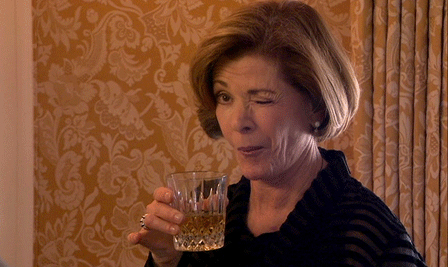 City of Rocks: On the Forecheck

Did you know? May 5th: WE WILL NEVER FORGET.

The last two years we've suffered from a lack of defensive depth at this time of the season. However with the rotating circus of Rome/Ballard/Alberts and even Tanev waiting in the wings, that allows us to focus on the depth up front which is proving extremely valuable, especially without Malhotra (or the Sedins). For the small price of a third rounder and Joel Perrault, the Canucks are leveraging a player who is averaging less than 13:30 a game but leads the team in hits (41) and is second in FO% (55%). Lappy also leads the team in PIMs, but a solid PK has alleviated that fear. For the low price of a third rounder and saying goodbye to Oberg, the Canucks got another KesLORD sidecar that plays over 17 minutes, is fifth in hits (27), has added two game winners and holds the second-highest S% (15%).

Just imagine if the second line rolls along and/or we get some unexpected hot scoreboard action from Raymond, Ehrhoff, Torres, Hansen or even those pesky Swedish twins tonight. The Sedins life won't get any easier, but if Trotz decides to throw Weber/Suter at Kesler's line, then the pair draws SOB/Klein, a much better pairing for our side of the argument. Rinne has shown himself to be vulnerable with his lateral movements and some Sedinery passing may be just the ticket. Trotz also gets to unwrap rookie Colin Wilson, though where he fits in is unknown. The kid can score, so the machine needs to keep an eye on him. Let's see if our rookie fourth liner can top his ice time (it's a side quest people, every video game has 'em).

Luongo's .923% SV% is the third best of active goalies (if you want to count Detroit as 'active', then fourth) and he hasn't surrendered more than two goals since game five against the Hawks, exactly two weeks ago. That's as much a credit to him for regaining his form after the opening round as it is the six guys in front of him making his life easier, with special props to the Juicey Hammer as well as Edler (team best 21 blocked shots) who are the reason you haven't heard names like Erat, Fisher, Kostitsyn or Hornqvist this series.

The gameplan remains the same: dominate the puck management, take the pumpkin field crowd out of it and keep Rinne moving, keep the shots low and jam an ass or two in his face to blind him. Oh, try not to make any mistakes either; those extinct kitties seem to love those.

Everything they do is so dramatic and flamboyant. It just makes me want to set myself on fire.

No reason to waste the miles flying back to Nashville for another game. Keep those feet moving, give us our lunch pail sixty, another win and another chance to freak out at home.