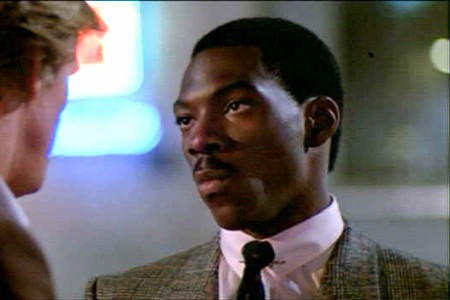 Jack: Class isn't something you buy. Look at you, you've got on a 500-dollar suit and you're still a low-life.
Reggie: Yeah, but I look good.

So I first started to go over this post as I was out making sure I had all of my supplies (meds, batteries, etc) and I realized it was 48 hours until puck drop. What an incredible ride, huh kids? From a sputtering start, to the NM tweetup that led to the Chicago Blackhawks laying an unholy beating on the Canucks, to the incredible run they've been on since. And it's only gonna get better. This whole season has been about unfinished business. About players taking personal responsibility. And what we fans got in return was the best damn season in franchise history. What better way to top off this anniversary year than to hoist the Stanley Cup at the end of it?

Now, if you had told me back in September that I would be going to Vancouver to cover the Canucks for you fine folks, I would have suggested perhaps you'd had too much sun, or needed some time in the quiet room. Yet tomorrow morning I am on my way, so I thought I would give you a little rundown about what I have in store for the next couple days.

It's creeping close to Midnight, and my alarm is set for 4:30 am (I am not one of those rise n' shine types). A 6am bus will get me to Swartz Bay in time for the 7am ferry, and into Vancouver in time to get checked in at the media credential center at Rogers Arena. The Canucks will be practicing at 11 am, and will be available to the media at 1. I will be trying to get some info for you there. The Bruins practice at 2, the same time as the media lunch in the Captain's club. I will make sure to let you all know what Botch had. The Bruins will be available at 3:15, and then tomorrow night there's a media reception at Canada Place. I am hoping to find some time to meet up with some of y'all tomorrow, so keep your eyes peeled on the Twitter.

Wednesday morning starts at 8 am, the Canucks will hit the ice at 9:30 am, the Bruins at 10:30. It sounds like a blast, but there's a lot of work ahead, and I am ready to give you a guys a look behind the scenes through the eyes of one of your own. Plus, I am gonna try and get my picture taken with as many of the people who are a huge part of this game we love so much.

I want to thank you all again for all the kind words. It's the community that makes this blog so much fun. A huge thanks once again to Yankee & Sean, and all the rest of our kickass staff. Time for me to hit the hay now. Big day tomorrow. The Stanley Cup finals are less than 48 hours away.