Share All sharing options for: Tuesday Playoff Coffee- The Number 5 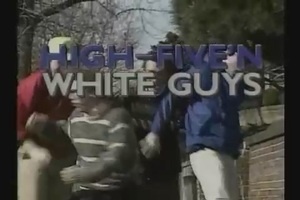 There's a lot of focus today on the number 5 for the Vancouver Canucks.  5 more wins to raise the Cup.  Will #5 Christian Ehrhoff return to the lineup?  17 years ago today, Greg Adams scored in Double OT to defeat the Toronto Maple Leafs and send the Canucks to the Stanley Cup Finals.  And with a win over the San Jose Sharks tonight in front of what should be a rabid Rogers Arena, the Vancouver Canucks will collect their 4th banner this season.  Just one more banner to go.  We should see the kind of push back we saw in Game 7 against Chicago from the Sharks.  And with so many questions facing the opposition tonight, can the Canucks keep the pedal to the metal and finish them in 5?  5 reasons why they will after the jump.  Oh, and I am gonna need 5 cups of coffee.  And a funnel.

Reason #1: It's all about the depth, man.  Entering this series, much of the focus was on how would the Sharks tremendous depth up front handle the Canucks depth on the blue line.  I suppose you could look at Game 4 as a breakout game for the Sharks, because it was the first in this series where they didn't get a goal from someone named Patrick Marleau or Joe Thornton.  The Canucks have done a pretty decent job of keeping dangerous Sharks like Devin Setoguchi, Joe Pavelski and Dany Heatley off the scoreboard.  Add in that the Canucks are getting goals from their D, and this spells disaster for the Sharks.

Reason #2: Better goaltending.  The numbers don't lie.  Roberto Luongo has been the better goaltender by far in this series.  Antti Niemi is averaging just over 4 g/game right now.  He may have won a Stanley Cup with a sub par save % last year, but this is not last year's Chicago Blackhawks, and it's plain to see the Canucks have Niemi figured out.  No "in his head" mumbo-jumbo.  No need to crash the crease, hack, slash and punch like certain scumbags of the past.  Just a knowledge of his weaknesses and getting into the position to place shots there.  Which brings us to...

Reason #3: Superior coaching.  Could the Canucks have made more of a statement in Game 4 by all of the changes they made from the coaching standpoint?  From the players that were inserted into the lineup, to the adjustments made on the PK (though to be fair, those started in Game 3), Alain Vigneault and his assistants made the necessary tweaks that led to success in Game 4.  It should have been a disaster the way they paraded to the box in the first period.  Instead, the Canucks methodically killed off the penalties in the same manner they'd done all season long, then when given chances of their own, struck with surgical precision.

Reason #4: Momentum.  Much of the storyline today centers on how the Canucks have lost Game 5 at home twice this playoff season.  It won't happen again.  Unlike the no-show against Chicago, and the frustration against a good goalie and the smothering defence of the Nashville Predators, the Canucks have dominated this series.  They've grown stronger and found ways to adjust to deficiencies during these 4 games, stayed with the mindset they've had all season long, and bounced back from Game 3 when it got away from them.  This is a team that is as business-like as any I've seen in all my years watching hockey.  Not comparing them to anyone, as the game has changed a lot over the years.  But they were built, and have been coached with the mindset that this is the year. They won the Presidents' Trophy for a reason.  They are the best team in the NHL.  So close to their goal now against a Sharks team that is getting more banged up every game, you can feel there's nothing they can do to stop this.

Reason #5: Fate?  It's been mentioned that this playoff run has an element of 'Scott Pilgrim Vs. The World' to it.  In the movie Scott faces 7 ex-boyfriends of the girl he wants to be with.  In their quest for the Cup, the Canucks have faced off against 3 players who were part of the Canucks team that twice failed to defeat the Chicago Blackhawks.  And leading into the respective series Ryan Johnson, Shane O'Brien and Kyle Wellwood all fired barbs at their former team, questioning their ability to not just win it all, but to even get past their new teams.  And in each instance, these former Canucks were shown exactly what the problem was last time.  These players, along with a few others were turfed because they were NOT GOOD ENOUGH.  The changes the Canucks have made since Mid-May last year have been numerous, and they one of the big reasons why the Canucks are poised to get the shot the fans have waited 17 years for.  Hell, 40 years for.  They're getting the bounces.  The injuries have allowed them to show the team's depth at critical positions.  Their star players are playing like stars.  And with each passing game, more and more critics are being silenced.  And in this 40th Anniversary season, the Canucks are 1 win away from battling for the Stanley Cup.  You couldn't write a better script.

So tonight, the Canucks will take to the ice with 18,000+ towels waving, Green Men stationed by the box, ready to fulfill their destiny and send the San Jose Sharks packing.  Don't worry about Kyle Wellwood though.  Word has it his invisibility this series was due to his preparations for his post-hockey business venture.. 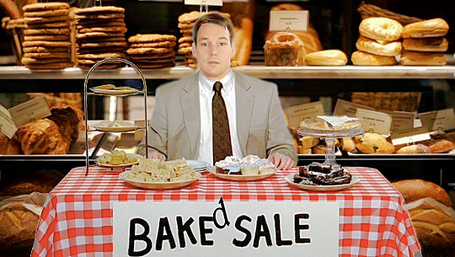 When noted Bruin-killer Simon Gagne scored just 1:09 into last night's game, it looked like Boston was in for a long night.  Instead Tim Thomas had a much more Tim Thomas-like game and shut the door the rest of the way as the Bruins won 3-1.  Mike Smith was great for the Tampa Bay Lightning last night, but thanks to Timmy he didn't get the scoreboard support he needed.  The Bruins got markers from Nathan Horton and Brad Marchand in the 2nd, and Rich Peverly in the 3rd, and now stand just 1 game away from advancing to their first Cup final since 1990.  The Bruins seemed out of it in the 1st, managing just 4 shots in the period, but really turned it on in the last 40 minutes.  The series now shifts back to Tampa Bay for Game 6, and the Lightning may be without leading goal scorer Sean Bergenheim.  Yes, Bergenheim.  Game 6 goes Wednesday night.

Formed by guitarist/vocalist Robb Flynn after he left Bay Area thrashers Vio-lence, Machine Head's Burn My Eyes stands up as one of the strongest debuts in metal history.  Though later albums waded into nu-metal waters and brought the band some success, it's their initial offering that stands out as their finest work, followed by their most recent disc, 2007's the Blackening.  The album was a smash hit in Europe, but it took a while for the band to catch on in North America.