It's Only You That Beats You Buddy: Canucks & Sharks - Game V

Share All sharing options for: It's Only You That Beats You Buddy: Canucks & Sharks - Game V 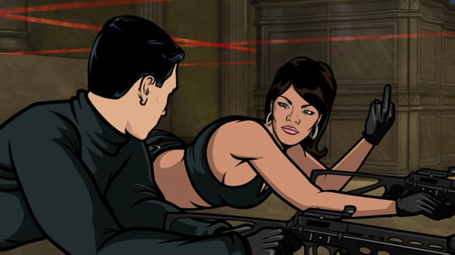 Did You Know: Lemonade in San Jose is just a little bit different than what you may be used to.

I'm sure you've heard already that today is the 17th year anniversary of the double OT win that pushed Vancouver into the Cup finals against NY. Now a mere 5,479 days later they arrive back on those hallowed shores of hockey lore. Hell even the 1994 gang is hanging around to see what happens.

All of that makes a good story; none of it means a damned thing if they aren't the better team.

This series has been about outworking the other guys: whichever teams keeps their feet moving, cuts the cute and earns their ice the hard way has been winning. Tonight is no different. I expect bodies crashing, less space in the neutral zone and the Sharks to unleash hell in front of Luongo: more game three Clowe goals and less game four Desjardins goals. San Jose needs Vancouver to join them back in NorCal in two days. So after going 0-2 in game fives this year already, how can tonight be different, especially considering a win hands them the Western Conference, the Campbell Bowl and that punched gold ticket to the Stanley Cup Finals?

Special teams defined game four and we saw plenty suggesting Vancouver learned from their past mistakes. Not all of their past mistakes mind you (they paraded to the box for a second straight game) but they at least took away the prime scoring areas that doomed them in the first three games. Thornton, Marleau and Heatley recorded exactly 0 shots in ten minutes of PP time and that's a credit to the PK team evolving with the series. If Vancouver's PK can maintain its composure while continuing to punish the Sharks when their parade to the boob box begins, their ticket is punched.

Not enough credit can be given to Vancouver's pluggers and fleet of foot defense who have negated San Jose's secondary support from clean entrances or setting up in the Vancouver zone. When was the last time you heard names like Setoguchi, Couture, Pavelski or even Wellwood with a prime scoring chance? Toss Ballard and lil' buddy Tanev right back into the fire, they didn't look out of place at all. If the collective can continue silencing San Jose's depth, their ticket is punched.

Luongo has posted a .918 SV% in four games and, despite some "stick malfunctions" or failed poke checks, has looked solid, especially in the early going when the Sharks have swarmed and jumped on the board first. It can't be more simple: if Luongo flips into beastmode, their ticket is punched.

On the other end, the Sharks can't win if the red light behind Niemi keeps spinning. Niemi is sporting a gross .757 SV% in this series, largely thanks to his career worst .692 SV% in game four. If Vancouver's top nine unholster their shooters and Juice, Edler and Balls of Steel keep Nemo in their cross hairs, their ticket is punched.

Barry: Don't try anything stupid.
Archer: I don't have to try...shit, whatever, move.

Destiny is back and knocking quietly at the door. We've kept her waiting long enough.

Finish this. Earn this.